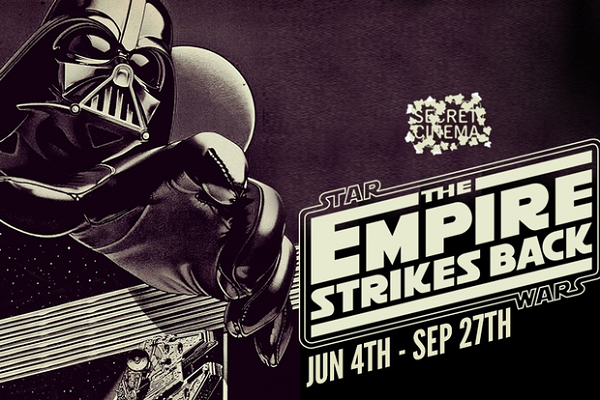 Secret Cinema, who last year brought Back to the Future's 1955 Hill Valley to life, have turned their attention to that other seminal film of the '80s, Star Wars Episode V: The Empire Strikes Back. It's the kind of thing – an immersive interactive experience followed by a screening with actors recreating scenes from the film live – that will either appeal to you or not. For the uninitiated (as I was), there's definitely a way to get the most out of the experience.

A friend I went with bought the full Han Solo-like costume, another made his own Imperial Senate costume… I wore a hat I had lying around from Halloween and a vaguely desert gear-looking shirt. No-one in Star Wars wears a hat. Likewise there's a part of the website where you answer a few questions and it gives you a name and a rank – you should remember these. Because someone will ask you your name, and if you give your real name or have to make up a name (as I did), it will be embarrassing.

As should be expected, the actors are not going to break character (if a fire broke out, I would half expect them to direct everyone to “escape pods”). It's tempting to take a detached attitude and laugh at everything, but that's really not as much fun. Plus when you see the film you should want to genuinely, unironically, enjoy it (not sniggering “gay” at Luke or “incest haha” like the guy in front of me). 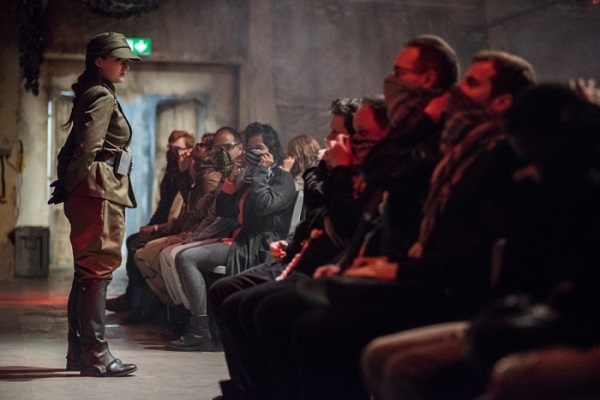 3) Don't worry too much about continuity or accuracy

Even though you're taking it seriously, don't worry that characters that should be mortal enemies are inhabiting the same place. Don't worry if something doesn't look quite right. Don't worry if you can't work out how to progress your story. If you enjoy that kind of thing, go for it, but if not don't worry – you can have just as much fun hanging out and having a drink. Speaking of which...

4) Go on an empty stomach and a full wallet (card, not cash)

The food looked and smelled so good. But if you're already hurting from the ticket price (a pretty big increase from last year), maybe have a big lunch. 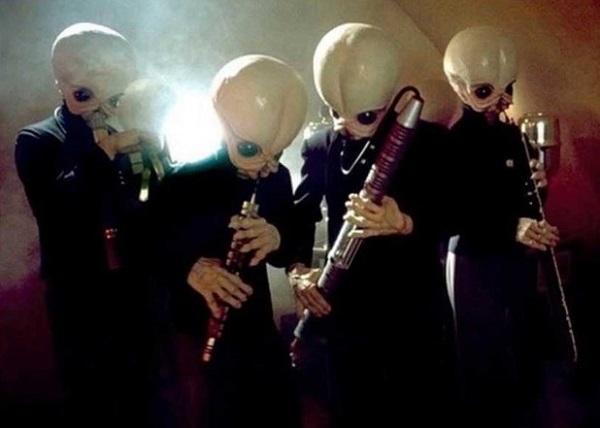