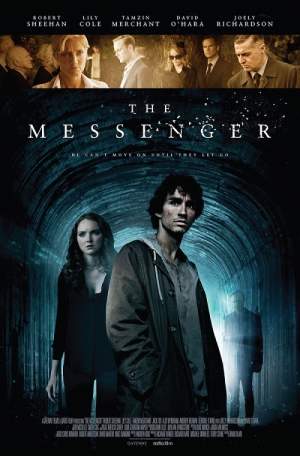 The Messenger is Jack (Robert Sheehan), a troubled man who sees ghosts, ghosts that come to him with their unfinished business. When the late Mark (Jack Fox) asks Jack to say goodbye to his wife, it leads to clashes with the police, Jack's sister Emma (Lily Cole) and lawyer brother-in-law Martin (Alex Wyndham).

Superficially it has much in common with The Sixth Sense, but rather than a thriller the film develops into a sensitive family drama, as more of Jack and Emma's childhood with their mother is revealed. Specifically it's the ambiguous suggestion that the voices of these ghosts, though tied to visions of them and revealing information that might not be public knowledge, could also be the result of mental illness, schizophrenia, that sets this film apart.

Rarely in this type of film are you actually on the fence, sympathetic with the “sceptics” as well as the main character. The result is more tragic than scary. Significantly, the truth of the ghosts is not that important; real or not, they have taken a psychological toll on Jack, and real or not he has to come to terms with what his life has become.

There are hints in the background at the political situation, at a conspiracy (Mark was a high-profile journalist who worked in war zones and countries in turmoil), which are ultimately red herrings. The entire film is on the shoulders of Robert Sheehan, but he carries it well, playing a more mature and weary version of the cynical and sarcastic Nathan Young in Misfits. Here too that sarcasm is a defence mechanism, covering for a genuine emotional vulnerability. He helps these ghosts because he feels he has no choice, even while the results rarely work out well for the living.

A lot of Andrew Kirk's screenplay is structured around his conversations with a psychiatrist (Joely Richardson), but instead of using them as a crutch for easily delivering exposition in voice-over director David Blair stages them in an interesting way, with her questions often disembodied and Jack responding as he's walking through fields. The psychiatrist becomes another voice, for much of the film no more or less real than any other. It's a deliberately disorientating technique, one of several in the film.

Sheehan selling it is key to it working as well as it does when, on paper, it really shouldn't. Not all of the characters are as fully formed, however. His sister drinks, her husband works, and their son is angry at them. The film stumbles a bit with their subplot, the actors coming up against the limits of the weak characterisation in the script. There's a version of this film where all these elements could come together for a satisfying climax, but that potential isn't quite realised. 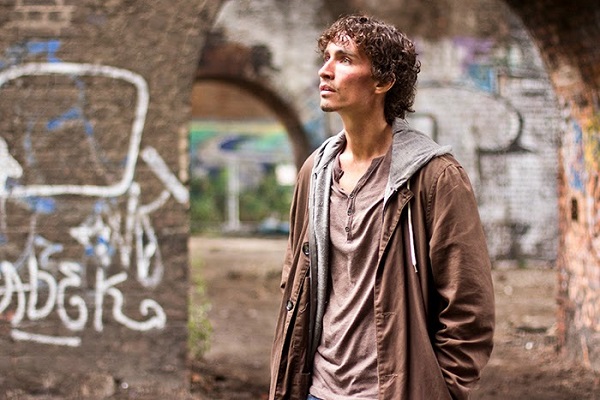 The Messenger is released today.