"Your Name" back in cinemas

The plot starts off as a body swap comedy in the style of Freaky Friday and All of Me, as a tween girl and teenage boy start randomly swapping bodies for a day at a time, swapping back on waking the next day.

The anime doesn’t go for cheap laughs (although the boy compulsively squeezes her breasts every time he wakes up in the girl’s body), but explores the social awkwardness and possibilities that come from exchanging one life for another.

The boy (Taki) doesn’t have the gumption to ask out his boss at work who he fancies, while the girl (Mitsuha) feels trapped in her mundane rural life, with the swapping providing chances to explore new circles of friends, environments and roles. All of this is charming even if the film has an annoying habit of punctuating moments of pathos with cheesy J-Pop and Rock, but the animation is absolutely terrific and beguiling throughout, with beautiful renditions of Tokyo and the Japanese Countryside as the backdrops of each life.

However, a twist 2/3 of the way through the film changes everything we’ve assumed so far, and the imminent approach of a comet to the Earth turns out to be the herald of a horrific disaster, unless the characters can stop a fate that seems pre-ordained. Shinkai’s previous film The Place Promised in Our Early Days also featured an unlikely relationship between a male and female character who are separated by happenstance, but while the Sci-Fi elements are less in the forefront here, this is another elegiac and memorable animated film by a director who is fast becoming one of the masters of the medium.

The late August re-release of the film in the UK sees the movie presented on a number of IMAX screens including the BFI Southbank – one of only a very few number of traditional animated films ever screened in the UK on such a large ‘canvas’. Previously this reviewer had only seen Disney’s Fantasia (presumably a 35mm print through an anamorphic lens) at the BFI IMAX, and while that looked somewhat low-res (albeit enjoyable) on the largest of possible cinema screens, your name. looks fantastic in IMAX with only a tiny number of digital artefacts visible in this remastering. Elsewhere, details such the mark of a character’s pencil on a page and dappled shadows cast by leaves on the ground are sharp and beguiling.

This is a rare opportunity to see the film in this presentation before a limited run at Odeon Panton Street from 25th – 31st August, and is unmissable on the big screen. (If you miss this chance, the DVD and Blu-Ray are released in the UK in November)

You can read Alex Fitch's interview with director Makoto Shinkai about his earlier films via Electric Sheep Magazine online. 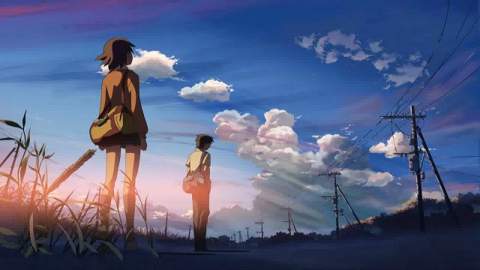 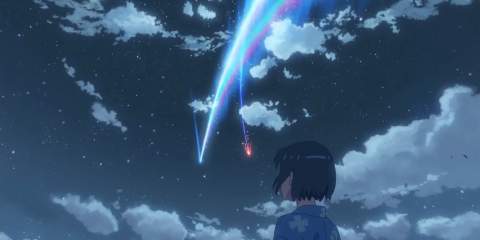 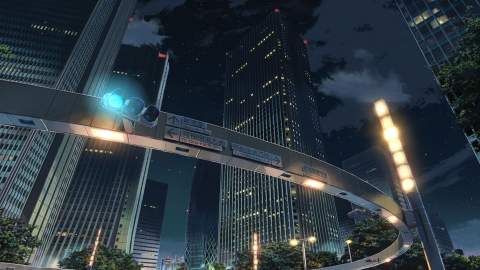