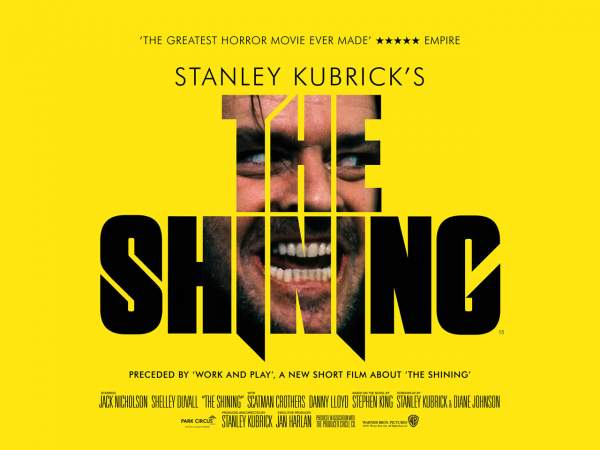 2017 has been a bumper year for Stephen King (even by his prolific standards), seeing four of his works adapted for the screen - The Dark Tower, It, Gerald’s Game and 1922.

But there’s one contender in King’s canon that has withstood the test of time and cemented its place in pretty much every must-watch horror list since those became a thing: The Shining (1980).

As caretaker/writer’s-block-sufferer Jack Torrance, Jack Nicholson’s unforgettable depiction of a descent into madness is matched only by Stanley Kubrick’s visionary use of colour, composition and camerawork that is in equal parts beautiful and horrifying.

Park Circus, who hold an amazing library of classic movies, have a few specials from the archive coming back to the big screen.  We can’t think of a better way to pay homage to Halloween than with a visit to the Overlook Hotel.

THE SHINING is showing in cinemas across the UK on October 31st and is accompanied by short film ‘Work & Play: A Short Film about The Shining’ (Director Matt Wells)

Remember: all work and no play…