Blade of the Immortal

In his 100th film, director Takashi Miike (Audition, Ichi The Killer) brings to life the Eisner award-winning Manga: Blade of the Immortal.

Manji, a samurai of the shogunate, becomes blessed or, more accurately, cursed with immortality after seeing his little sister slain at the hands of a gang of bandits and subsequently going through them like a hot knife through butter.

Except the knife is a samurai sword and the butter is people.

A lot of people.

50 years later and the immortal Manji finds himself in the service of Rin, a young girl who requests his assistance in avenging the deaths of her parents. Despite his reluctance, Manji eventually consents and what follows are some of the most satisfying battle sequences you’ll clap eyes on this year. Literally featuring a cast of hundreds, Blade of the Immortal weaves its story throughout feudal Japan with all the beautiful vistas and colourful characters you could hope to find in a samurai slasher.

The script, direction and performances balance intensity with levity, which means there’s humour to be found in and among the body count - assuming you can catch your breath.

True to its Manga roots, this isn’t a film for the squeamish, but if you like your action artistic and your bloodshed arterial then Blade of the Immortal will scratch you right where you itch.

Blade of the Immortal is released in the UK on December 8th by Arrow Films. 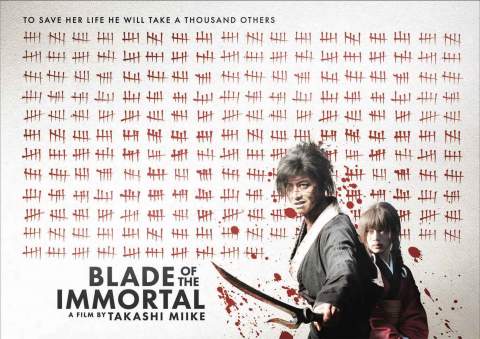 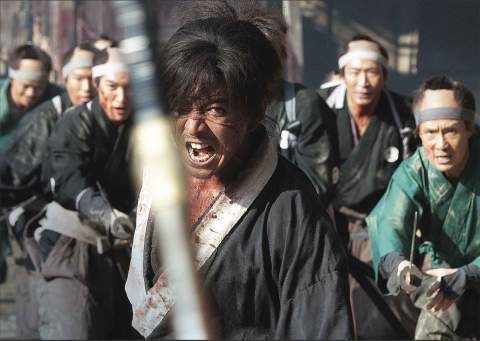 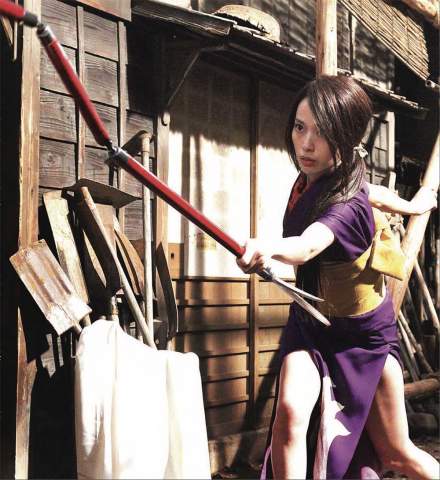