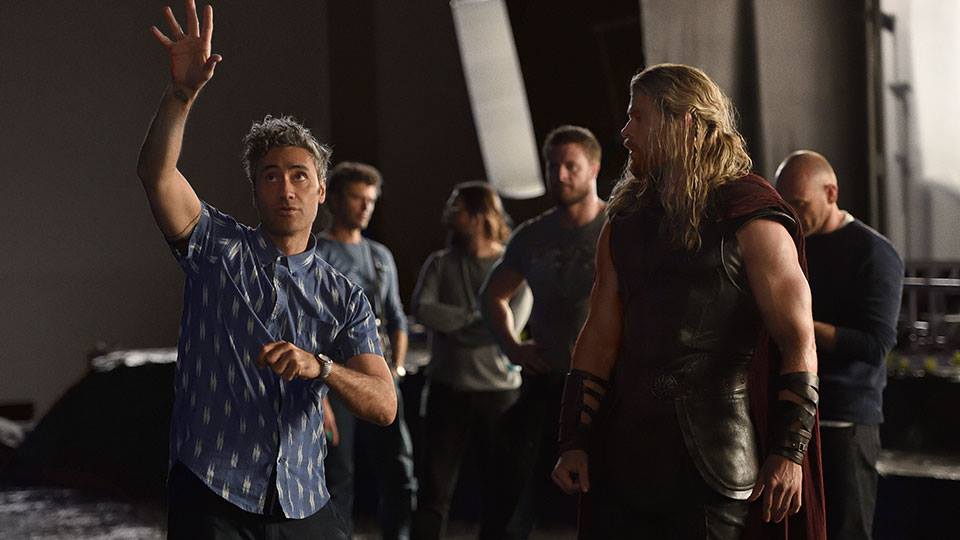 Thor: Ragnarok is out and early reactions have already been circulating online. The general consensus is that Ragnarok is Marvel Studios’ funniest flick yet. This is only natural, given that those who have seen director Taika Waititi’s films are familiar with his sly sense of humour. The New Zealand native has worked on indie gems such as What We do in the Shadows, a mockumentary about vampires, and Hunt for the Wilderpeople, which follows a manhunt for a rebellious kid and his uncle.

At first glance, Waititi seems like an odd choice to direct one of Hollywood’s most anticipated movies. But Marvel Studios has already made a habit of hiring relatively unknown directors, prioritizing their creative visions over their resumes. Waititi thinks it’s a brilliant move by the company.

In his comments captured by ScreenRant, Waititi notes, “It’s like when Hollywood sees a movie that does really well and then they copy that movie. If you’re trying to get someone to make a certain film, you don’t get someone who made the last film that was like your film that you’re trying to make.” The Mighty Thor is one of Marvel’s most popular superheroes, its first film having earned $449.3 million worldwide. As a founding member of The Avengers, Thor features heavily both in the comics and in Marvel offshoots.

It has come to the point where his popularity has reached other mediums; from Thor’s hammer being used as home décor to his likeness being ported into casual games with Slingo’s Thunderstruck slot game being a prime example. Nowadays, it’s common to see merchandise of his character lining the shelves in collectible stores, along with Iron Man and Captain America.

Handling this character was a huge responsibility for Waititi, but he seemed unfazed by the pressure. He was even bold enough to declare that Ragnarok will ignore the rest of the Marvel cinematic universe, as reported by The Guardian. Waititi had a clear picture of where to take this third Thor instalment. “My main focus was making him cool, and funny when he needs to be, heroic when he needs to be,” he says, in a published article by Marvel. Judging from his pas works, Waititi definitely knows how to bring the best out of his characters and he sought to do just that with Ragnarok.

Similar to his past films, the director also wanted Ragnarok to have that balance between comedy and drama. Film previews show how it is indeed a colourful deviation from its predecessor, The Dark World. Ragnarok finds Thor trapped on the planet Sakaar, where he must battle in a deadly gladiatorial competition to escape. His home world of Asgard is under threat from the Goddess of Death, Hela, and Thor must race against time to save it from annihilation.