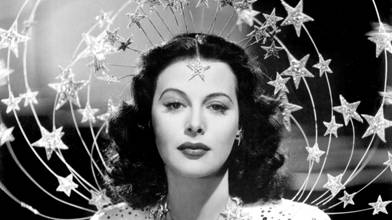 Ahead of the release of new documentary BOMBSHELL: THE HEDY LAMARR STORY, BFI Southbank will host a very special preview of the film on Thursday 8 March to celebrate International Women’s Day. The preview will be introduced by Chair of UN Women NC UK, Laura Haynes and followed by a Q&A panel with the film’s Director Alexandra Dean and Executive Producer Susan Sarandon. The event will be simulcast live to cinemas across the UK and Ireland in partnership with UN Women, made possible thanks to the support of the BFI Audience Fund, awarding funds from the National Lottery. The film, which is released in cinemas nationwide on 9 March, will play on extended run at BFI Southbank alongside a selection of classic films which Lamarr starred in, including Experiment Perilous (Jacques Tourneur, 1944) and My Favorite Spy (Norman Z McLeod, 1951).

The screening of BOMBSHELL: THE HEDY LAMARR STORY marks the beginning of UN Women's HeForShe Arts Week London, the global festival for gender equality. Throughout the week, artists and their audiences will challenge the old stories, create a new narrative, change mind-sets and raise funds to change the reality for millions of women and girls

Hollywood star Hedy Lamarr (Ziegfeld Girl, Samson and Delilah) was known as ‘the most beautiful woman in the world’ with Snow White and Catwoman both based on her iconic look. She was as famous for her performances as she was for her multiple marriages and affairs with the likes of Spencer Tracy and JFK. But there was another, much more interesting, side to Hedy Lamarr.

BOMBSHELL: THE STORY OF HEDY LAMARR discovers the real woman, not only as an actress but as an ingenious inventor too whose pioneering work helped revolutionise modern communication with her co-invention of frequency hopping, which is now used as the basis for secure WiFi, GPS and Bluetooth.

In 2016, director Alexandra Dean and producer Adam Haggiag unearthed four never-before-heard audio tapes of Hedy speaking on the record about her incredible life. The film finally gives Hedy Lamarr the chance to tell her own story in her own words, with additional narration by Hedy’s family, closest friends and admirers including Diane Kruger, Mel Brooks and Robert Osborne. The film was exec produced by Academy Award® winning actor Susan Sarandon, Michael Kantor and Regina Scully.

Event simulcast live to venues across the UK and Ireland

BOMBSHELL: THE STORY OF HEDY LAMARR is released in cinemas nationwide on 9 March 2018