Suport our film , own some art!

SCI-FI-LONDON is once again helping produce a new scifi film.   Written by Darren Rapier and produced by Louise Salter the movie is set to be released at the next festival in May.

The film is about the current refugee crisis but in reverse and we have two British citizens leaving the UK in order to survive. We've all seen the refugee crisis on the news and the aim of this film is to portray a side of humanity. It's not about Syria, it's not about Brexit, it's about human beings and how we treat one another.

The cast includes Sophie Kennedy Clark who won a BAFTA for her role alongside Dame Judi Dench in Philomena, and also Frances Ruffelle, who won a Tony award for Best Actress in Les Miserables.  Also so featured are Brian Bovell (Love Actually, Secrets and Lies, Hollyoaks), Michael Winder (Set the Thames on Fire, Misfits, The Tudors), and Annabel Bates (Luther).

We have only a few more days to raise just under £4,000 and we’ve been picking up a lot of amazing press - including about work from the anonymous North London street artist “Pegasus,” who is supplying graffiti artwork for the film.

Pegasus has just donated the canvas of the Syrian Boy entitled ‘End War’. This piece would usually go for over £5,000 but we’ve just added a one-off limited edition perk of £2,500 on our crowdfunding campaign for the next bidder (the perk is called “PEGASUS CANVAS”).

You can see the piece featured here in the Evening Standard, it was also in Daily Mail and The Metro.

Want to own this?  Well, here’s the crowdfunding page

And don't forget, your donation of any size really helps.  Donate here: https://www.phundee.com/reward/campaign/how-to-be-human 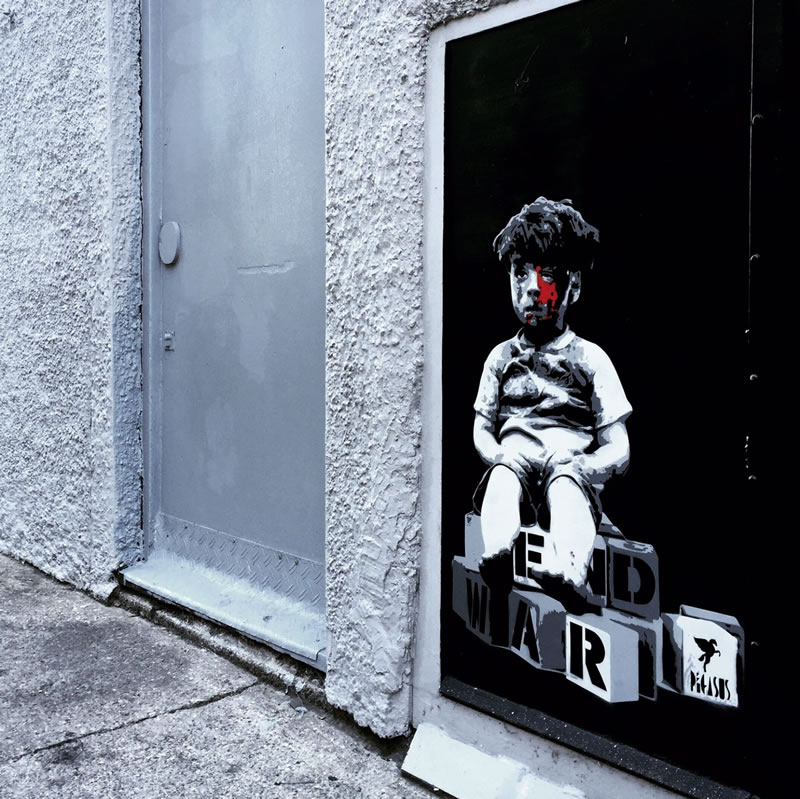