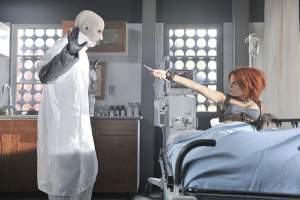 Due to be released on 2nd April 2013, the highly anticipated and mightly ambitious Defiance is a multiplatform online shooter that interweaves with a 13 part, weekly television series set in the same universe that will launch on the Syfy Network two weeks after the game.

John Burns, Senior Vice President of Trion Europe said early that "Trion is delighted to be involved with the SCI-FI-LONDON Film Festival. It is the perfect opportunity to showcase all the excitement Defiance has to offer. Defiance is the first of its kind – a unique and never-before-attempted entertainment experience that seamlessly melds together an online video game and TV series.”

In Defiance, players are introduced to a future where humans and several alien species live together on an Earth ravaged by decades of war. Set in an alien terraformed San Francisco Bay Area, the game blends intense third-person shooter action with persistence, scale, and deep customization. An immersive story will evolve alongside the events of the TV series. 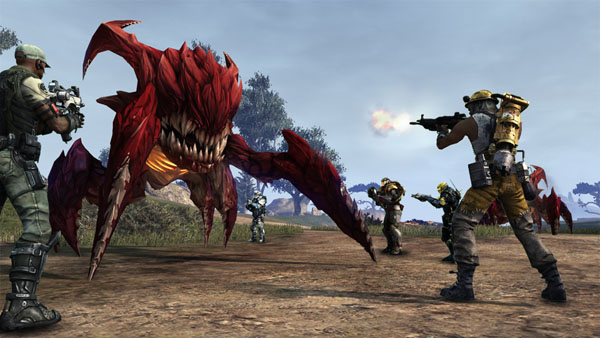 As festival goers will find out, it’s not necessary to watch the show AND play the game to understand what is going on in the Defiance world as the two exist separately from each other but clearly engaging in both will give much more depth, as we found out when we chatted with Senior Producer Ron Hill earlier this month. Of what we have played of the game so far, it seamlessly brings together huge numbers of players for massive encounters and is shaping up to be a dynamic, quad biking, action packed ride that aims to be uplifting and isn’t just another alien invasion story.

“Defiance is a completely unique multimedia experience and we are thrilled to be bringing it to Science Fiction fans from all over the UK” said Louis Savy, Director SCI-FI-LONDON. ”At SCI-FI-LONDON we take pride in introducing new and exciting projects to our community, it is the foundation of the whole festival experience.”

SCI-FI-LONDON will be taking over the Stratford Picture House and the BFI Southbank from 30th April - 6th May.