Python's Carol Cleveland stars in THE SEARCH FOR SIMON 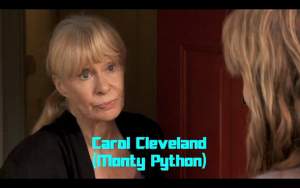 SCI-FI-LONDON helped produce its first feature film last year and we are delighted to announce it will be available to buy on DVD on September 1st.

Already having won two awards and nominated for another 5, the film is something we are very proud of!

Starring Carol Cleveland, the unofficial seventh member of the Monty Python team (who hits the stage today with the boy's reunion!), the film tells the story of David, whose brother Simon, disappeared over 30 years ago. 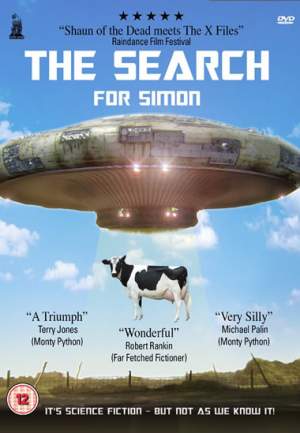 If you look hard enough, you can find anything...

Thirty years ago David Jones' younger brother Simon disappeared without a trace; he has never been seen since. His father tells David that Simon now lives with the space people . David has spent the last 30 years searching for Simon...

Funded by a small but fortuitous lottery win David has travelled the world, meeting anyone who has a story about abduction and UFO sightings. David is convinced he is onto something.

His mother refuses to talk about the loss of her son Simon and has given up hope that David will ever settle down and his friends are fed up with his UFO obsession. Left alone, will David find his brother?

The London Film Review said about the film: 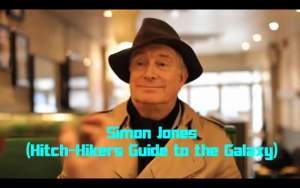 "An off-kilter comedy, the Search For Simon demonstrated Gooch’s particular brand of British “kitchen sink weirdness” with its references to Monty Python, Douglas Adams, Doctor Who and more. Independently produced, written and directed by Martin, the Search for Simon ultimately ends up being a surprisingly poignant look at friendship and loss.

The Search For Simon is a quirky, off-beat and very British comedy and one of our top 10 comedies of 2013"

Come see it at the cinema or order from Amazon today.  - If we sell enough, well, we can make another film!  You can find out more about the film at thesearchforsimon.com