UNTIL DEAD? free to play game wins 'the indie' 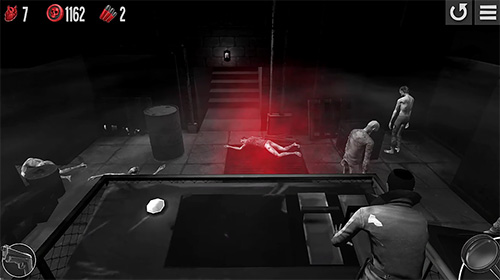 Until Dead, is the first Brazilian game to win an Indie Prize Award and was produced by Monomyto Game Studio.

iIt is a free-to-play game combining puzzles and strategy with mechanics based on tactical combat and simultaneous turns.

In the game, you control John Mur, an adventurer detective that needs to survive in a chaotic world using his own abilities. In the shoes of the protagonist, you'll need find clues in this huge adventure, searching for answers to solve all the mysteries. Our best advice for play is: “Think your way out...”

Until Dead was inspired by classic detective noir movies, with gameplay based on stealth concepts and tactical combat - it has a whole new look and feel for a zombie game, since the most important thing is not to kill the undead, but rather investigate crimes without being caught by them.

Here is the link to the google shop Google Play

Only on Android for now, we'll keep you posted if and when other platforms come online.