Looking to get a special something for the Daddy Vader in your life? Check out our SFL guide to great gifts this Father’s Day. 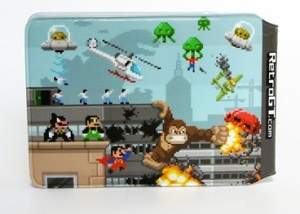 RetroGT have a huge range of video game inspired clothing and homewear but we mostly love their pixel perfect travel card holders.

Our favourite is undoubtedly, the Urban Invasion plastic card wallet where Mario and Luigi inspired superheroes fight alongside Rambo and robots to defend the Earth from attack! Now Dad’s commute can involve aliens every day. 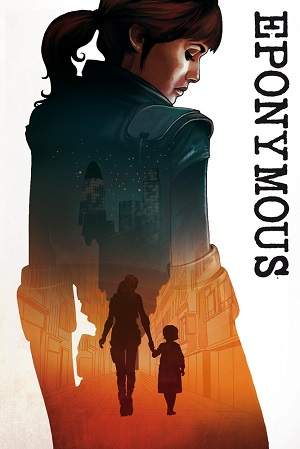 Though we may think Dads are superheroes every day, in Eponymous, the golden age of superheroes is well and truly over, and the world has returned to normality.

Now a new superhero has appeared but unfortunately, it’s predicted she will bring about a global massacre. Regularly featured in the British monthly digital book VS comics, Eponymous is a thrilling and deadly tale that is an essential buy for any comic collector.

As an additional treat for geeky dads out there, VS Comics offer over thirty-pages of comic goodness with “Day and Night”, “Eponymous”, and two ever-changing guest stories, brought to you by some of the top talent from TV, film, prose, and comics. Priced at a ridiculously affordable £2 and with a new story starting in every monthly issue (and handy recaps where needed), downloading a PDF issue of VS Comics to Dad’s device will get him straight into the action and save trees in the process – the gift that keeps on giving! 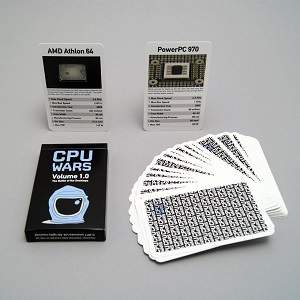 We’ve been having great fun playing this in the office recently as we’ve been battling head to head with CPU’s from the last 40 years.

Topping other trump style card games, CPU Wars is a simple, nostalgic, geeky way to game with Dad on his special day. 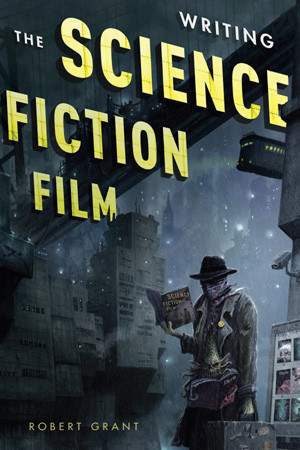 Sci-Fi-London’s very own literary editor Robert Grant has written a book about writing and as he’s an authority on all things sci-fi and film, it’s no surprise that this book is brilliant.

Cutting through the clichés, tropes and “Groundhog Day is NOT a sci-fi film” misconceptions, his fascinating, witty yet knowledgeable look at the genre is easily accessible for any Dad interested movies or learning more about quality science fiction.

Importantly, it’s littered with encouraging tips, important insights and good working modes of practice for anyone looking to write a screenplay and is available from Amazon now (goes well with biscuits and a brew/pint). 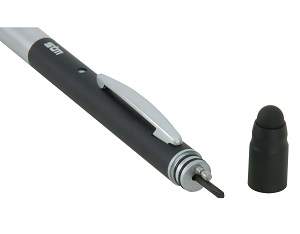 With the touch and feel of a fine writing instrument in a capacitive touch screen stylus, the soft and durable rubber tip doesn’t scratch screens whilst allowing accurate drawing and typing on touch screen devices.

If your Dad is inspired by Robert’s book, this is the next tool he will need to write his sci-fi masterpiece! 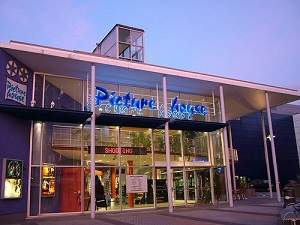 Show your Dad how to live the easy life with membership to Stratford Picture House and then get him to take you along to all of Sci-Fi-London’s films!

With no booking fees, three free cinema tickets, priority booking, free previews, discounts on food and more, supporting the new home of SFL is sure to put a big smile on any poppa’s face. 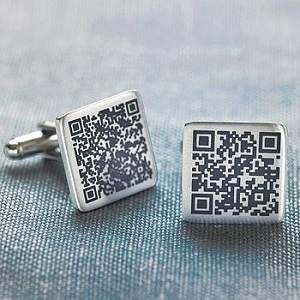 We were going to try and avoid traditional accessories in this guide but these personalised, secret message QR code cufflinks are too smart to not include.

You provide either map coordinates, business card details or a link to a website/blog and Sally Clay does the rest, generating a unique, personalised code that is etched onto stainless steel cufflinks.

Dad can then scan the QR code using their smart phone and read the secret message. Geeky and modern - just how we like our Dads to be.

From all the team at SFL, Happy Father’s Day!