The Only 10 Sci-Fi Masks You Should Care About

When it comes to science fiction, we all wear masks.  The world and her mother have an opinion on everything to do with the genre.  It’s actually quite annoying for us sci-fi fans who just want to live a peaceful life enjoying the fact that our imagination is more powerful than anything the Twilight brigade could possibly cope with.  But you still get the people who claim to hate sci-fi one minute, then happily babble on about how great Orphan Black is the next.  If you decide to put on the mask of one of your favourite sci-fi characters, you’d better be damned sure you know what you’re doing, because that guy who hates E.T. but wants to date Starbuck is ready to cut you down if he doesn’t like your face.  So here’s how to show him how it’s done. The following 10 Masks are the only ones anyone who’s into Sci-Fi should consider wearing. 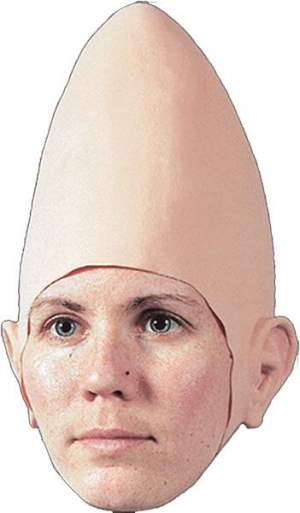 If you haven’t seen the film with Dan Aykroyd then you haven’t realised that Sci-Fi has a sense of humour.  Elongating your head by about 12 inches vertically and running around speaking in a clipped manner will go a long way in impressing your fellow enthusiasts, and disturbing the people who don’t get it.  Win win in my view.

I almost promised myself that I wouldn’t include this.  After all, Star Wars is being force choked down everyone’s throats at the moment.  Yet there’s a reason Star Wars is still around.  It’s just cool.  With Episode 7 due in just over 4 months (I’m already firing up the converters on my X-Wing), what better way to convince people than by donning a classic.  Much wisdom here there is! 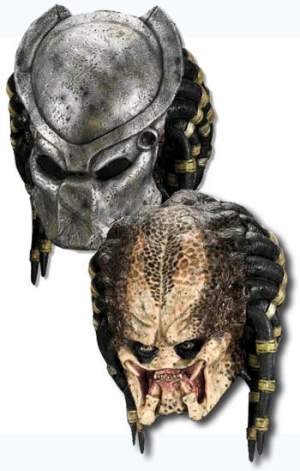 The dual benefit to this mask is that it will scare the hell out of anyone in the dark, and scare the hell out of you if you catch a glimpse of yourself in the mirror when tired.  The cult movie with ‘Ahhnold!’ introduced us to the eponymous hunter.  He’s still around because of the visual impact he left on a generation and their children.

There is a stigma attached to Star Trek fans.  They are looked upon as being somewhat nerdy and lame.  Odd for a show that tackled weightier themes than most modern day dramas.  Illegal wars, gender bias, interracial tensions, terrorism, cultural stereotyping, feminism and more were being examined in the 1960s by a little sci-fi show that became a global phenomenon.  Wearing the ears of a Vulcan shows us all how much wisdom and enjoyment the crew of the Enterprise brought. 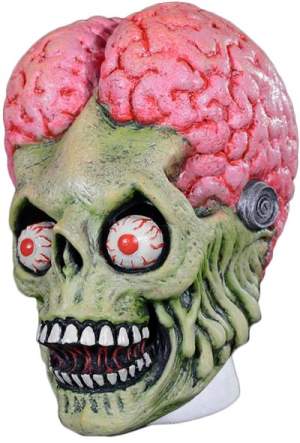 Tim Burton loves playing with modern conceptions of sci-fi.  This was best demonstrated in 1997 when he directed Mars Attacks!  The usual aliens-arrive-to-invade tropes were present and correct, but with a blackly comic twist.  These Martians were bonkers, spoke in wickedly funny staccato voices and literally had bright red and green laser pistols.  Wear this mask and people either laugh or ask you where it’s from. 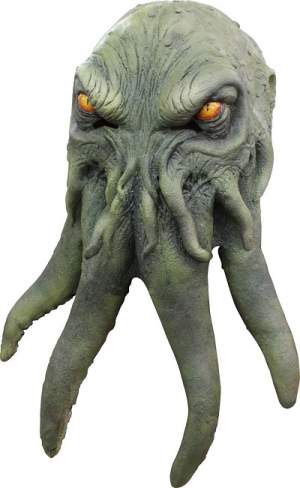 If you’ve never read any of H.P.Lovecraft’s work, than go and read The Call of Cthulhu.  Regarded by Lovecraft himself as rather ‘middling’, the short story is a dark work of sci-fi horror that sticks in the mind long after you’ve put the book down. 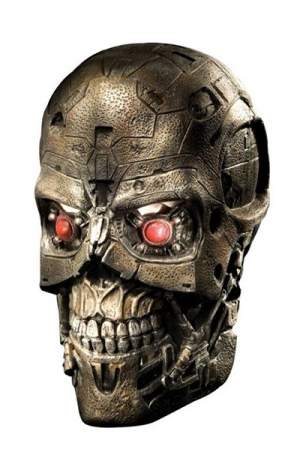 I must be one of the few people who thought Terminator Salvation wasn’t as bad as it was slated as.  Not as good as The Sarah Connor Chronicles (on TV around about the same time), the film still reminded us of why we are enthralled and fear some sci-fi visions of the future.  The ‘What if?’ question runs through this mask. 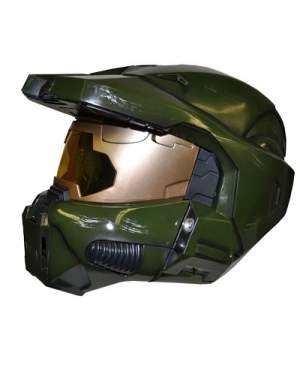 Computer games still get a lot of flak from mainstream media.  Yet computer games contain some of the best sci-fi storytelling ever written.  Halo 3 might not be the perfect example of this, but the idea of a genetically enhanced super soldier, is a sci-fi trope that is still interesting.  The religious undertones add an additional uncomfortable element that makes the story even more engaging. 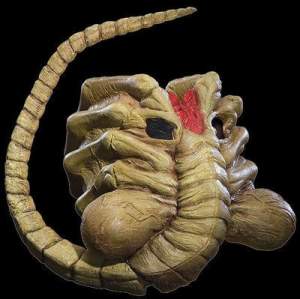 In space no one can hear you scream.  Since 1979 audiences have had their collective breath stolen the moment Kane is attacked by a parasitic creature on an unknown planet.  This mask engenders the natural fear we have of being smothered and infected by a parasite that will eventually kill us.  ‘Eugh!’ doesn’t quite cover it.

I can hear the alien-hating pack screaming right now.  Whether you like it or not, E.T. is a seminal point in mainstream sci-fi.  The idea of an alien left behind just trying to get home is a story that means something to everyone.  We all feel alone, scared and alienated sometimes, and this Spielberg classic does its job by reminding us of that fact.

With Halloween approaching and no doubt you’ll be looking for something extra terrestrial to scare people this year, find all these masks and more at Universal Fancy Dress.

John is a fiction writer, blogger, author and speaker living and working in London. He’s been making stuff up for years but started charging for it in 2011.  His work has appeared in Sci-Fi Bloggers, SFF World, The Huffington Post and more. He is currently working on 2 novels with a view to publishing in 2016.

You can find out more about John at his website www.iwriteyouread.co.uk