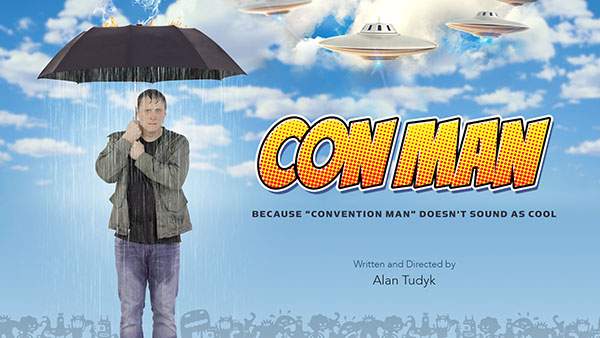 Con Man, the new web comedy series from Alan Tudyk, Nathan Fillion and PJ Haarsma, gives fans a satirical look behind the scenes of the sci-fi community and conference world! Of course Tudyk and Fillion will be familiar to sci-fi fans everywhere having both worked on a huge range of fantastic films and series including; Firefly, Serenity, Frozen, I Robot and Monsters University. Creator Alan Tudyk is currently shooting the new Star Wars Rogue One film here in London.

Con Man centers on the post-show life of Wray Nerely (Alan Tudyk) the co-star of "Spectrum," a sci-fi series, which was canceled before its time and went on to become a cult classic beloved by fans. Wray’s good friend, Jack Moore (Nathan Fillion) starred as the series Captain and has gone on to become a major celebrity, while Wray (Tudyk) hasn’t found his desired level of stardom. Wray is the begrudging guest of sci-fi conventions, comic book store appearances, and different pop culture events; however, everything is not as it seems from the outside. The series will explore these events and all the weird and crazy things that happen to them along the way. 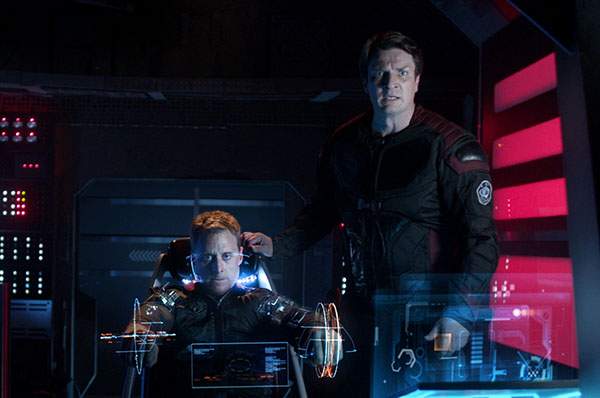 Funded via Indiegogo in a record-breaking 3.2 million dollar campaign that garnered support from over 46,000 fans from around the world, Con Man now stands as the third highest funded film campaign on any crowdfunding platform ever.

Con Man premieres exclusively on Vimeo On Demand from 30th September 2015 and three new episodes of the series will premiere every Wednesday for four weeks. Con Man is now available to rent for $14.99 at Vimeo.com/OnDemand/ConMan. Check out the trailer below.