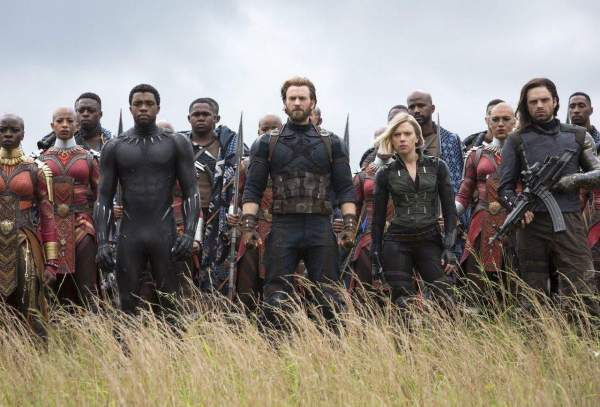 The result registers as the biggest ever take of all time at saturday’s uk & irish box office with over £9.2m in a single day, the highest global opening weekend of all time.

Sunday 29th April 2018, UK: Marvel Studios’ Avengers: Infinity War opened in UK and Irish cinemas on Thursday and has grossed an out of this world £21.75m in its first three days. Saturday’s result (£9.2m) sees the latest release from Marvel Studios break the box office record for the biggest Saturday ever at the UK box office, as 78% of cinema going audiences chose to see their favourite Marvel characters unite in the biggest ensemble cast film ever. The film, which is being called out as the cinematic event of the century, is on course to take an estimated £29M during its four day opening weekend which will mark the 3rd biggest weekend of all time, and Disney’s second behind Star Wars: The Force Awakens.

Globally the film has already achieved over $630M, with box office records also broken in the USA as the film became the highest global opening weekend of all time with $250m. It is one of only six films to have ever achieved more than $200M during their opening weekend.

Additionally, Marvel Studios’ cultural phenomenon, Black Panther, itself passed £50m at the UK & Ireland box office earlier this week having remained in the top ten for 11 weeks since opening in February.

“Smashes right through your expectations” – EMPIRE

“The cinematic event of the century” – DIGITAL SPY

An unprecedented cinematic journey ten years in the making and spanning the entire Marvel Cinematic Universe, Marvel Studios’“Avengers: Infinity War” brings to the screen the ultimate, deadliest showdown of all time. The Avengers and their Super Hero allies must be willing to sacrifice all in an attempt to defeat the powerful Thanos before his blitz of devastation and ruin puts an end to the universe.