SFL at the Gadget Show Live

Last week, SFL headed to the midlands for the UK’s biggest tech show, the Gadget Show Live. Seeking out the very best of future technology, gaming goodies and gorgeous gadgets, the trade fair is more than an extended version of the Channel 5 show as special events, discounts and demonstrations were on offer to over 100,000 visitors.

Stopping first by the Parax stationary stand, we stocked up with some new waterproof, tearproof notepads. Developed in China, the company use reclaimed limestone from disused quarries to make the smooth, flawless paper. Grinding the stone into a powder that is mixed with a high density non-toxic polyethylene which is then pressed into sheets, the paper is then imprinted with soya ink which when wet, doesn’t disappear or smear. If the paper does get wet or crumpled, you can still write on it with a normal pencil or biro plus it will never turn yellow and is photo-degradable which means it will revert back to stone if left in direct sunlight for over a year. It’s clever stuff. Happy that our Gadget Show notes would now be almost indestructible, we headed off to headhphone heaven at the Turtle Beach stand. 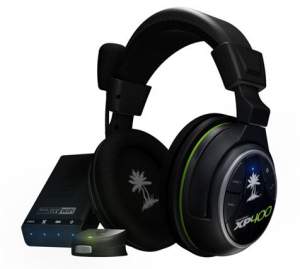 Showcasing their new range of gaming headsets, Turtle Beach are already dominating the UK audio market and are the main choice for gaming connoisseurs; however their new, premium wireless gaming headset, the beefy yet lightweight XP400 will set folk drooling. With Dolby® surround sound and state-of-the-art 2.4/5Ghz dual-band Wi-Fi radio, wireless interference from other devices is virtually eliminated. Its dual-pairing Bluetooth® technology lets you chat to / yell at your online friends over Xbox 360® or PS3™ and answer mobile phone calls. Powered by a rechargeable battery, you can play for 15 hours then recharge while gaming so you’ll never miss out on the action. Though the mesh ear cushioned speakers are a whopping 50mm, actually they felt lightweight and are comfortable for massive or teeny-tiny heads. Most gamers would concede that if the graphics in a game are not quite up to scratch, there’s still a level of forgiveness from the player but games with poor audio are universally considered to be rubbish. A good pair of headphones is essential for immersive gaming and these are surely the best on the market. For gamers on the go, Turtle Beach also have the M1 noise-isolating, around-the-ear-fit earbuds which are also comfy and can be used with most mobile phones, tablets and gaming devices. Sorted! Whilst at the Turtle Beach stand, we enjoyed some EQ8 fruity energy drinks and we bumped into the chaps from the Loading Café & Bar. Based in Falmouth and taking inspiration from the gaming cafes of Tokyo, gamers can enjoy themed cocktails (the G&T Virus from Resident Evil is a Midori, Lemoncello and Gin antidote that will quell zombie fears and tastes great) whilst playing arcade games or surfing the internet (obviously checking out the SFL website at all times is a priority). Loading hosts regular events including a comic club and for late nights produce their own 9-Bit Mega Coffee which is also available from Firefox, so if you can’t make it down to Cornwall, you can have a little taste of the café in your front room.

Elsewhere at the show, future technology was glowing and erm, smelling as advertisement giants JCDeaux unveiled a bus shelter display that wafts out the smell of food (ie. an ad for Ready Baked Spuds smells of jacket potatos). The eyes and the ears were aroused though we’re not sure this new smelly advertising will work for every product (bathroom oder eliminators or dog food)… but forget bus stops, the new way to get around according to spnKIX is with battery powered motorised skates (like heelies for grown-ups) which can strap onto any shoe and controlled by a hand-held remote control. Again, not convinced that if the remote fell into the wrong hands, there wouldn’t be trouble plus remotes have a curious way of always disappearing into the black hole that exists between sofa cushions, but these skates would make the morning commute to work more interesting.

We love the latest in augmented reality from Aurasma, a phone app that allows you to superimpose imaginary creatures and images onto real life images from your smartphone. Using advanced image and pattern recognition to understand real-world images and object before blending them with interactive content such as videos and animations called ‘auras’, Aurasma is the world’s first visual browser and is already being used in special, interactive events across London. 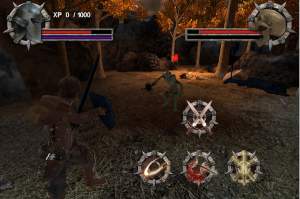 Continuing the future of gaming theme, one of the show’s biggest events was the “Make It Unreal Live” competition, featuring independent game studios set with the task of making a brand new iOS game, based on the Fighting Fantasy books by Steve Jackson and Ian Livingstone. Following a game jam event back in November, where teams were put together and given 48 hours to make a game, four teams of 10 were selected for the big Gadget Show gig. Co-sponsored by Epic Games (developers of the Gears of War series) and Train 2 Game (who offer accredited courses in Games Design, Development, Art and Animation, certified by leading industry body TIGA), the teams were battling for a full source Unreal Engine 3 licence for iOS and a holiday to Aqua City water park in Slovakia. Chatting with the teams, most agreed that though the prize was amazing and they all hoped to win, it was actually the experience that was really the most enjoyable part. Creators of a castle defence version of Armies of Death: Rise of Agglax, Tom McCaughley leading the DigitalMage team openly admitted “The fact that we didn’t know each other before November was daunting but we’ve gelled so well and love making games. If we don’t win, we will still keep creating and working on new projects because we all want to work in the industry”. A sentiment echoed by the team leader of Indigo Jam Games Dan Rutter “We all came together with so many ideas and this game is just the beginning. We all have different jobs but come together over Skype and work until the early hours of the morning. We’re really pleased with what we’ve achieved over the past six months, especially the visuals.” Clearly they had been very busy creating puzzles and goblins to overcome through massive maze type, dungeon environments in their turn-based version of Deathtrap Dungeon. As well as working on trying to complete their games as much as possible as the final few hours of the competition rolled on, each team had to give presentations about their work to key industry figures including Cliff Bleszinski, Peter Molyneux and John Hare. Clearly, Mr Bleszinski’s work on the Gears of War series had influence the first person melee combat version of Citadel of Chaos: Dire Conseqences by Derp Studios where wave after wave of goblins and demons come streaming at you. Chris Ledger, Derp’s team leader said “We’re all huge gamers, there are so many games we’re influenced by, especially Gears of War but to make our own unique game is amazing.” 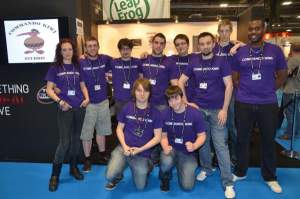 On Sunday afternoon, Judges awarded the prize to the Commando Kiwi team who according to judge and original author and co-creator Ian Livingstone “Really captured the essence of The Warlock of Firetop Mountain with great gameplay and visuals.” A reworking of the first Fighting Fantasy title published back in 1982, Commando Kiwi created "Lost Chapters" version of the book with a third person point and click style adventure where simply tapping the screen moves your hero forward through dimly lit dungeons or spooky forests both of which are littered with traps and goblins. Based on the book’s skill and luck combat elements, a turn based battle system kicks in when you meet foes and the team were thrilled to win “I’m just dead proud of my team. They’ve worked really hard and this competition has changed our lives forever,” said team leader Jonny Robinson. All four games will be completed and released on the App Store following a publishing deal with AppyNation with a portion of proceeds being donated to The Prince's Trust and hopefully, all four studios will continue to make great games in the future. 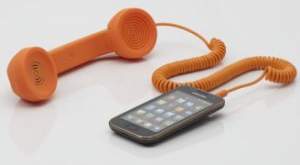 As the show came to an end, we noticed that there were plenty of gadgets that were not only about the future but were embracing the past with a retro twist. Our absolute favourite new accessory is the Pop Phone because of its sheer simplicity and beauty. Moulded to look a like an old telephone receiver but feeling smooth and coming in a variety of bold colours, the ‘Pop’ device plugs into the hands free port of your smartphone, tablet or laptop for instant old school calls. We’ve been testing it on a HTC Sensation mobile all week and it’s fun, looks great, fits neatly into a handbag and is super lightweight. Feeling like a secretary on MadMen as we cradle the handset between our chin and shoulder whilst typing notes, there’s one button to answer or hang up calls which also switches our music app on or off. For those of you concerned with radiation, the Pop Phone means you’re not holding your mobile directly to your ear, reducing radiation to 1 – 5% from 100% and feels better than talking into a wire or clip on your ear. Aleady a favourite of Eva Longoria and Daniel Craig, hands free chatting has never been so stylish or enjoyable, especially if you go for the limited edition Swarovski Crystal version… 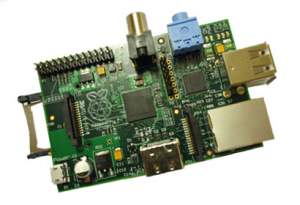 Finally, our biggest retro crush was found at the Centre of Computing History stand. After cooing over the large displays of home consoles from the past four decades including Asteroids on the Atari 2600 and Super Mario on NES, we hunted down the Director of the Museum Jason Fitzpatrick as he told us why the museum was important and introduced us to some pi. “We have amassed a huge collection at the museum over the years and what we’re passionate about it sharing it with others, especially school learners who we want to promote programming to. One of the most exciting recent donations we’ve had was one of the first 10 Raspberry Pi computers”. Work on the Raspberry Pi computer started back in 2006 when Eben Upton and colleagues from Cambridge University were researching why there were less students studying computer science. Their solution was to create a cheap, accessible, programmable computer and already demand is way outstripping supply. The size of a credit card and weighing only 45g, it plugs into your TV and a keyboard and costs around $25. It can do word-processing, spreadsheets and school work but can also play high definition games and most importantly, it opens up a creative world of programming that the creators hope will see rise to a new generation of designers. Curious about Pi? Make sure you join us at the BFI on the 5th & 6th of May as part of SFL’s HORIZONS event. A 30 year anniversary celebration of the ZX Specturm, SFL will look back over the golden age of programming whilst welcoming in the next, with talks, music and of course Pi. See you there!