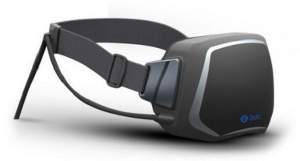 Many people have THAT dream. The one where clouds whip by in a freezing whirl whilst the ground below is rushing up to greet a heavy, speeding body before the two collide in a crunch. Developers nDreams have decided to make this a virtual reality as they today announced their experimental title skyDIEving.

Created with the new virtual reality headset Oculus Rift in mind (though it works well on regular displays too), the skyDIEving demo is in the very early stages of development and presents a very simple concept; jump off a ledge, avoid nuggets of floating islands, plummet to the ground, splat, and then repeat it all over again! 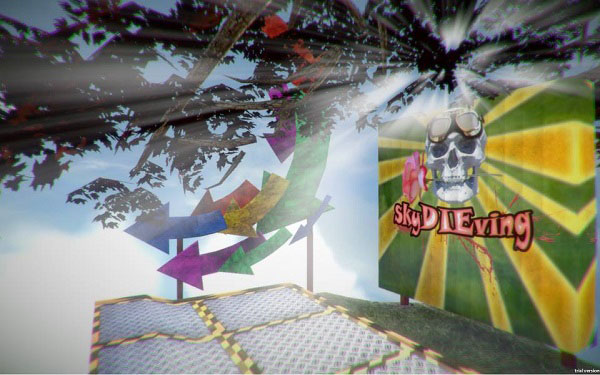 Like many developers wishing to make the most of the unique experience that the Oculus Rift VR will offer, this seems a very happy marriage between exciting new tech and games specifically designed with it in mind. With a HD resolution of 1280x800 built into the visor and no edges to the screen, players will have a full, interrupted, terrifying view of the ground getting closer and closer as they nose-dive to their doom. There’s a multiplayer option for players who wish to compete against each other to see who will die first whilst the soundtrack is mostly great whooshing sounds of wind, especially when passing through small openings in the islands. There’s then a kazoo and trumpet marching soundtrack that gleefully celebrates your demise after every jump. It’s easy to imagine how this stereophonic demo could be made great with extended jumps and different locations - for example, it would also work brilliantly well avoiding asteroids on a sci-fi skydive to the surface of a boiling planet. 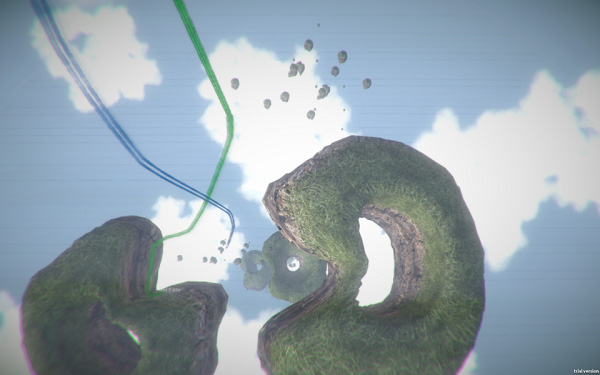 To help launch the demo, nDreams are also running a competition where the winner will get the chance to try the real thing in a tandem skydive (minus the dying bit). YouTubers and wannabe filmmakers are invited to submit videos that involve the skyDIEving demo in some way and can enter via posting a link on the skyDIEving Facebook page, posting a link to the video on Twitter using the hashtag #skyDIEving or by emailing the link to the video to skydieving@ndreams.com by midday GMT on Friday 13th September 2013. 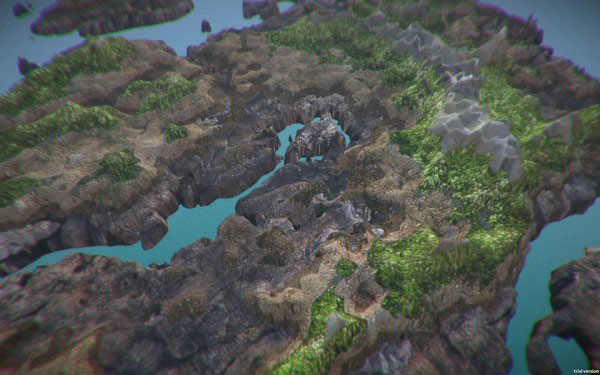 For those who can't wait for the Oculus Rift, skyDIEving is available to download from the website now, where the full competition terms and conditions can also be found.