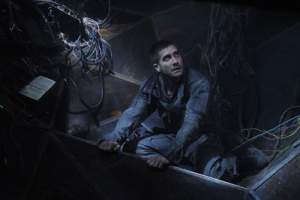 There seems to be a new sub-genre of sci-fi films – the Groundhog Day movie – where the lead character is forced to repeat a day, or some other specified period of time, until he or she gets it right. We saw this with PIG, which won best film at SFL10, and with Duncan Jones' follow-up to his critically acclaimed, award-winning debut, MOON. As with many Brit indie filmmakers, the lure of Hollywood comes with success, although Jones already used US actors in his debut, which could be seen as a smart move on his part to increase his market appeal, although the movie would not have been anywhere near the success it was without Sam Rockwell. This follow-up is a lot bigger in production scope but still follows a similar theme of a man trapped in a small space with alternate versions of himself. 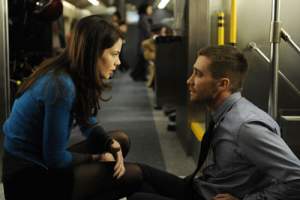 Captain Colter Stevens (Jake Gyllenhaal), a helicopter pilot who has been flying missions in Afghanistan, wakes up on a speeding commuter train with no idea how he got there. Seated across from him is Christina (Michelle Monaghan), a woman he doesn’t recognise, but who clearly believes she knows him. Is he suffering from some sort of amnesia or post-traumatic stress syndrome? Confused and panicked, he takes refuge in the toilet only to discover another man’s reflection in the mirror. Suddenly a massive explosion rips through the train. Colter awakens, even more confused, in a high-tech isolation unit where Goodwin (Vera Farmiga), a uniformed woman on a video screen, wants to know everything he saw. Colter discovers the train was actually destroyed a few hours earlier and he has to discover who the bomber is because there is a bigger bomb about to be detonated in the heart of Chicago. 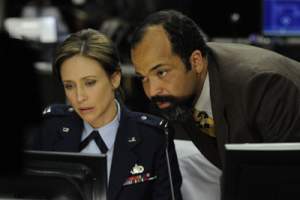 This isn't so much a time travel movie as a movie about (speculative) quantum physics, as the inventor of the source code programme explains when briefing Colter on the importance of the eight minutes he gets each time he has to go back to unravel the plot. Of course, the film does broach the inevitable time-travel paradox as Colter not only tries to carry out his mission but also alter events. This is always tricky but it pays off nicely in the final act. The ending may not generate as much debate as the closing scene of INCEPTION, mainly because it is plausible, within the boundaries of the film's reality, and also because it is not as deliberately enigmatic. As with MOON, it is an ending that has hope, without being an overly cheesy Hollywood ending. The film also addresses some common prejudices about terrorism, to great effect.

Jones shows he can direct a bigger budget action movie, even if a lot of the action is actually confined to three different sets. Some of the special effects such as some of the explosions were less than convincing but, thankfully, they did not detract from the story. Gyllenhaal showed good range throughout, which is just as well because it is very much his movie, and he is well supported by Monaghan and Farmiga. 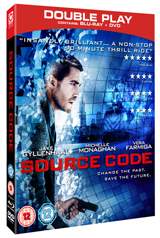 Good second film from Jones, and well done to him for bringing intelligent sci-fi to the masses. The DVD/Blu-ray release have a mixed bag of special features. There is a series of standard studio mutual appreciation interviews, plus some interesting simplified scientific stuff that explains quantum physics.

SOURCE CODE is out on DVD/Blu-ray now and is available from Play and all good retailers.