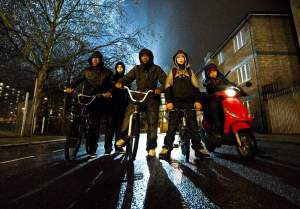 At SCI-FI-LONDON we are always excited to see new London-based sci-fi films, or even old ones such as Things to Come, and it is part of the reasoning behind our 48 Hour Film Challenge. From HG Wells through to 40 years of Doctor Who, the city has been put under attack by alien invaders but, unlike most Hollywood movies, where guns and military fire power are the weapons of choice, it is the common man, and the common cold, that has kept the nation's capital free of extra-terrestrials. Mind you, we haven't fared quite as well against zombie hordes, but that's another fictional universe. So what would happen if there was an alien invasion today? Most of the British "defence" forces are away invading other countries, and the police are too busy doing paperwork to answer most calls except for imagined terrorist plots. Joe Cornish (of Adam and Joe fame) has clearly pondered this "what if" situation through the eyes of a born-and-bred south Londoner, who knows that anyone who drops in around their ends has the local youths to deal with, which is what Attack the Block is all about.

It starts off playing on stereotypes as a group of hoody youths start to mug a young woman on her way home, but they are interrupted by something crashing into the roof of a car. They chase it down and make a trophy of it, and that's where their troubles begin as they get hunted down by a pack of pitch-black bear-like aliens with luminous jaws. Using their street savvy they try to defend themselves in the tower block that is their home and castle, although not all survive. 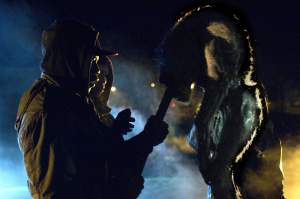 First-time feature director Cornish says that the film was influenced by the films he enjoyed in the 80s, such as The Warriors and the films of John Carpenter, but beyond those it feels more like A Clockwork Orange for a new generation. OK, Cornish may not have the cinematic chops of Kubrick, or the vision of Anthony Burgess's writing, but the themes addressed in A Clockwork Orange are clearly in Attack the Block, without trying to predict the future because the disaffected kids in Cornish's film are living the gang life with its own language and the horrors of council estates. For anyone not familiar with current south London youthspeak, it can sound as foreign as the Nadsat of Alex and his droogs, as with Nadsat, it is quite easy to contextualise and understand. Cornish went to a lot of trouble to make sure the fast-changing vernacular was as accurate as possible, even if the young actors didn't always deliver it completely convincingly (this is coming from someone who lives in South London and is familiar with the language), although it is obvious which scenes were shot later because the delivery from the first-time actors was clearly gaining in confidence, which must have been boosted working with established actors such as Nick Frost, Luke Treadaway and Jodie Whittaker, as well as Terry Notary, who played the monster (proper old school, without CGI). 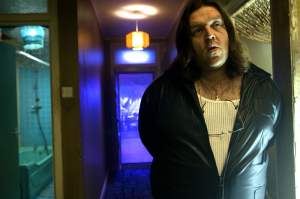 Being set in a more realistic present, rather than an imagined future, there is homegrown skunk instead of moloko, the gang's "uniform" is more than familiar, and instead of thrill rides in exotic sports cars, they get around on BMXs, skateboards and pizza delivery scooters, and an old Bimmer is about as exotic as the cars get. This familiarity lends the film a lot more credibility and makes the scares seem all the more real.

Apart from expensive costume dramas, what British cinema is best recognised for is it gritty kitchen sink dramas, low-budget sci-fi and horror, and comedy, and Cornish combines all those genres into a cohesive whole with great affection for the films that inspired him, without falling into the clichés that Priest suffers from. OK, the characters may tend more towards stereotypes than archetypes merely because of the nature of the film, but it has to be said that most of today's youth are guilty of reinforcing those stereotypes with their behaviour. Even though the film is intended to be an entertaining comedy/horror/sci-fi it still manages to make a comment about inner city, disaffected youth – that there is often a good reason why they behave the way they do, and they are not nearly as scary as aliens and they are the ones you want on your side when it comes to scrap because plod or the army aren't going to be the ones that save the day.

A strong debut feature from Cornish, which isn't without its occasional faults, but it is still the best London-based sci-fi feature this year. 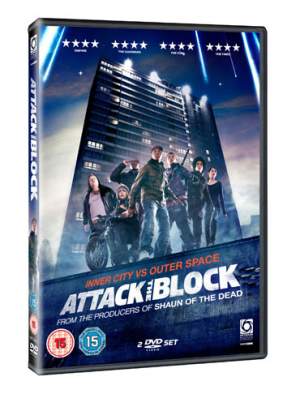 As would be expected from a film geek like Cornish, there are plenty of behind the scenes extras looking at the making of the film featured on the DVD/Blu-ray release. They are raw and funny, and while they don’t give any real insights into general filmmaking, they do reveal many of the pitfalls of making low(ish) budget film with a first-time director and actors, as well as showing that making a movie is fun.

ATTACK THE BLOCK is out on DVD/Blu-ray now and can be ordered from Play and all good retailers.