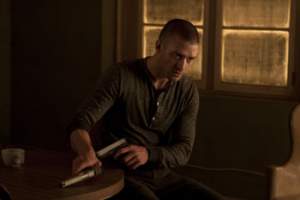 Beyond an all-star cast and flashy special effects, a good sci-fi movie relies on great ideas and concepts, and science that is either believable or at least logical within its imagined universe. For the most part, In Time, written and directed by Andrew Niccol (writer of Gattaca and The Truman Show, and writer-director of S1m0ne and Lord of War) fulfills all those criteria.

Set in the near future, people stop aging at 25 but there is a catch, they have a genetically encoded countdown timer built into their arms that shows how long they have to live, which can be increased by either working for, stealing or inheriting time, allowing the very wealthy to live forever, while the poor live minute-to-minute. Of course, the harsh, dystopian world of the poor and the utopian ideal of the rich are separated by gated barriers that are rarely crossed. Our salt-of-the-earth hero Will Salas (Justin Timberlake) lives in the ghetto with his mum (Olivia Wilde), until one evening he saves Henry (Matt Bomer), one of the rich people looking for cheap thrills in the ghetto, from a gang of Minute Men led by Alex Pettyfer, who steal time from their victims (time is transferred by clasping wrists). As a reward, Henry gives Will a 100 years on his clock. Will decides to head over to where the rich people live and not only try to get even more time, but find a way to undermine the disparity between the rich and the poor, a rather timely reflection of the contemporary Occupy movement. 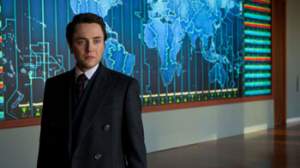 Arriving in New Greenwich he meets spoilt, and defiant, heiress Sylvia Weis, and they strike up a bond as she decides to steal from her billionaire father (Vincent Kartheiser) whilst being pursued by Raymond Leon (Cillian Murphy) a Timekeeper, a type of policeman.

While much of the scientific concept of the movie sounds preposterous - it is never explained how it works - we, as the audience, have to accept that it does through good, old-fashioned suspension of disbelief, but, thankfully Niccol is smart enough as a writer to make the scientific logic consistent throughout the film. However, while the science may have its own internal logic, there are some things that don’t make sense, such as how Sylvia Weis, who has been brought up in a society that prides itself in its relaxed pace engendered by the knowledge that they will never age, manages to not only run fast and tirelessly but also do it in the most ridiculously high stiletto shoes. 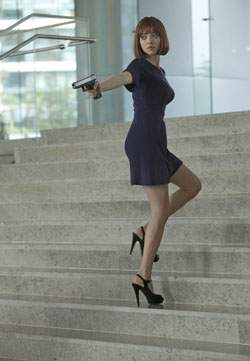 As with many large-budget sci-fi spectaculars, it is easy to find fault with some aspects of the film, but with the production team of Children of Men, and a solid cast mostly made up of familiar faces, including lots of actors from Nick Cassavetes’ excellent film Alpha Dog, it delivers the goods. Timberlake in particular continues to prove that his acting chops go way beyond his pop star origins and good looks. He outshines nearly all his co-stars, although Vincent Kartheiser makes a good account of himself, even if it is somewhat a copy of his Mad Men character.

Niccol does a good job as writer-director, delivering some solid action set pieces along with a smart script that has a lot more heart than the bone-dry Gattaca. He can even be forgiven for all the time based word plays and giving some characters the names of expensive watch brands, which are probably only familiar to readers of Vanity Fair.

The film may play out like an updated hybrid of 70s classics Logan’s Run and Bonnie and Clyde, but it is definitely one of the smarter studio sci-fi movies to come out this year, and definitely worth checking out if you missed its theatrical run, and it evens stands up to a second viewing if you did catch it at the cinema. 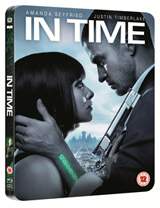 Apart from the usual commentaries and deleted scenes, there is a smart mock-doc called the minutes that interviews the characters from the film in situ, rather than talking with the actors about their characters.

IN TIME is out now on DVD, Blu-ray and triple play and is available from Play and all good retailers.