With Blockbuster, and all corner store video rental outlets, now a thing of the past, we are being seemingly deluged with VoD options. At the forefront are Netflix and Amazon's Lovefilm, along with the offerings from the satellite/cable providers.

But what if you don't want to subscribe to any of those services. Or maybe you haven't bought into iTunes' world domination plans, or your tablet doesn't even support iTunes. Blinkbox from Tesco (so you get Clubcard points too) could be the answer to your online movie watching needs.

Blinkbox works on iPads and Macs, as well as Android and Windows tablets, Windows computers, Xbox 360 and PS3, along with a selection of smart TVs and desktop boxes. 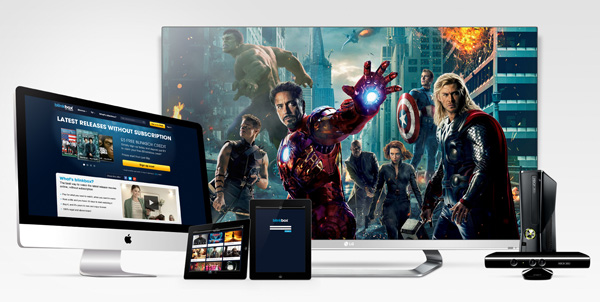 It's free to sign up to Blinkbox and you only pay for the films you want to watch, which you can either rent or buy. They also get the latest titles ahead of the subscription services, as well as offering the latest TV shows from the US an UK on a per episode basis, and they have the great HBO series, such as Game of Thrones, that you can't get on Netflix or Lovefilm.

Every Monday they offer a selection of a dozen films from which you can choose one to rent for 99p. Today (16/12/13) that includes Star Trek: Into Darkness, and you have 30 days to watch it.

Coming up in January the service will be offering episodes of the US remake of UK cult classic Tomorrow People, which is reportedly quite good (if you like angsty American teenagers with super powers). It will also have Season 3 of Sherlock. Of the movies already announced, Ron Howard's Rush is a must see. OK, it's not sci-fi but it is a superb film that doesn't require a liking of motor sports, in the same way that Asif Kapardia's documentary Senna did.

Sign up today and rent Star Trek: Into Darkness for 99p, and get access to some great movies over the holidays such as, Elysium, World War Z, and the excellent and much underrated western The Lone Ranger, or binge out on the bleak brilliance of Game of Thrones.