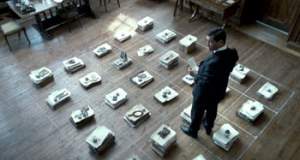 Ghost stories seem to be enjoying another popular resurgence at the cinemas, with Paranormal Activity and whatever sequel number they are up to at the moment, and Brit film Woman in Black, which has been doing huge business for a local film. However, another British, period ghost story, The Awakening, didn't fare as well on its cinema release and yet, in terms of production and performance, it was every part the equal of Woman in Black, if not with as many scares. One does wonder if part of its premise, the debunking of physics, mediums and paranormal activity had something to do with its failure to attract the audience it deserved. 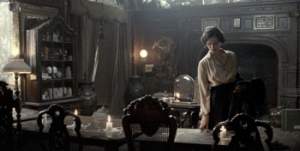 Rebecca Hall, one of Britain's finest young actresses at the moment, is Florence Cathcart is a supernatural investigator in post WW1 London, intent on exposing charlatans intent on profiting from those suffering loss following the war (she lost her fiancé in the war). She is called to a boarding school in the countryside, by its headmaster Robert Mallory (Dominic West), to investigate sightings of a ghostly young boy. It is during the holidays and it is just Cathcart, Mallory, matron Maud (Imelda Staunton), and a young boy whose parents are unable to care for over the break. Cathcart soon begins to question her own rationality when evidence of supernatural activity starts to show up on her complex equipment. 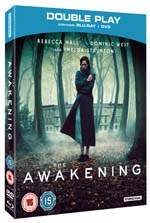 This isn't a full on scarefest, but it does have its moments, between moments of human drama that haunt all the people living in a post-war environment. The acting is superb, as are the production values, and the denouement is powerful and emotional. This is an intelligent, and subtle, supernatural story that deserves a wider audience.

The Awakening is out DVD and Blu-ray on March 26 and is available from Play and all good retailers.