When Roland Emmerich's name is attached to a movie you can usually expect global [digital] destruction on a mass scale from improbable storylines, as epitomised by his overblown and unintentionally funny apocalyptic Hollywood blockbuster 2012. With an executive producer credit on Hell, one might be expecting some sort of post-modern Dantean epic, but not so. Hell, which screened at SFL11, is a German post-apocalyptic film set in the near future world that really suffers from global warming - rather than the revised "climate change" moniker.

The title is actually something of a bilingual word play: hell means bright in German, which is appropriate because the sun's intensity has increased to the extent that it has scorched the Earth and made it impossible to go out in it without being completely covered, and it feels like an inferno filled with demonic people. 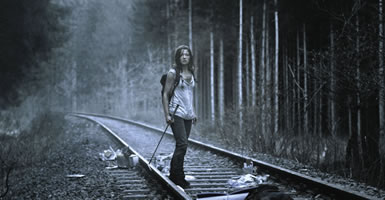 The story is a slightly less bleak road movie than The Road (well there is sunshine) about Marie, her little sister Leonie and Phillip, who are heading for the mountains where it is rumoured that water can still be found. However, it is a hazardous trip into unknown territory. Despite taking care, they are lured into an ambush and their real battle for survival begins.

As a low-budget film this has a much more realistic take on a devastated world than Emmerich's Hollywood fare (bearing in mind that he was only one of the producers), but whether low- or mega-budget, most post-apocalyptic films suffer from fundamental failings on the part of the protagonists. Of course, these are mostly for dramatic effect, and usually introduce fantastic elements, such as zombies, that we are never likely to face. The Road is probably the most realistic, which is why it is the most depressing, although why they didn't use bicycles to travel instead of walking I don't understand. I Am Legend also had a fairly realistic approach to survival, at least at the beginning before the arrival of the creatures. 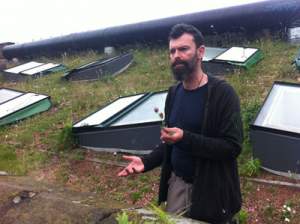 In the interest of research I went along, with some other journalists, to a half-day's survival seminar at a secret location in East London. Actually it wasn't that secret and is something of a landmark in Shoreditch area, but that's not the point. Although it was billed as "surviving the Apocalypse", which, by definition, means there are no survivors (not even cockroaches or religious zealots) it was more about general survival in the wild. We were treated to a spread of nuts and berries - mostly out of season, but locally sourced from the nearby Tesco - to help set the tone. The course was led by Thomas Schorr-kon, who runs Trackways (www.trackways.co.uk), a wild craft survival school.

He taught us that there are four basic principles to surviving, in order of importance: Find shelter, find water, make fire, find food. He then expanded on the best way to go about doing this in a wilderness setting, which were relevant to the film and where the protagonists went wrong. As most of us were born and bred city dwellers this was all unfamiliar territory, but Thomas made it all seem practical and possible, including ways to get clean potable water (which meant not drinking radiator water as they did in the film). We also learnt new ways of walking and seeing that would make us "invisible", how to make a fire without matches or a lighter (although always carrying a lighter in your pocket is a simpler solution), a finding wild food and medicine. 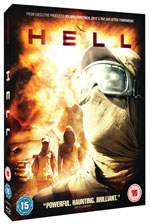 He even showed us some growing on the roof of the building. We even learned how to make string from paper and how to stalk (but not in the creepy way that journos and paps are prone to on occasions).

Used intelligently, all these skills would even be useful during an urban-set zombie invasion and when boiled down the best survival technique is to be quiet and carry a big stick.

Hell is out on DVD and Blu-ray from July 2.