When a film's credits start with a Hasbro logo, you have to wonder how engaging a movie could be made from a basic strategy game. If Disney can build a (financially) successful franchise based on a theme park ride, and Hasbro's major property Transformers can do the same, it appears that anything is possible. However, it does seem a bit arse about face to be making a movie from a game, when it was, at least since Star Wars, the other way round. In the case of Transformers, there was already an established, and much loved, comic book series as well as animated version before Michael Bay stepped in. Battleship, on the other hand, is a massive extrapolation of the game and can bests be described as Pearl Harbour meets Transformers meets Independence Day. While it was directed by Peter Berg (Hancock), it really has (for better or worse) all the hallmarks of a Michael Bay extravaganza. 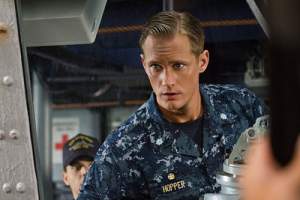 The plot, or what there is of it, is about a renegade (Taylor Kitsch) who gets enlisted in the Navy in Hawaii just as aliens crash into the ocean, in the middle of international naval trials. And the Americans save the day (a la Independence Day) by the sheer force of their heroism and fire power, and some help from the geeks. It is another example of extreme US jingoism, from a country that has never really won a war (Hollywood versions of history don’t count) since the War of Independence, when they weren’t even Americans. There were scenes in the film that would have had patriotic Americans cheering tearfully, but even the new, softer, post-Olympics Brits would find laughable. 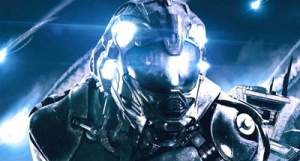 Apart from the excessive jingoism, there are plenty of things wrong with this film, from small errors such as the captain yelling at the crew to turn “hard left” and not to port, to bigger things, such as the relentless destruction that became tedious, as it was more like an exercise in showing just how clever and awesome the special effects guys are (which they are). On a positive note, the strategy part of the board game was subtly integrated into the story, although probably too subtly for the average audience member. Another subtle point that was never really driven home, although it was shown on many occasions, was that the aliens would not attack anything that was not an immediate threat to them. There was an immediate assumption that the aliens were aggressive and force, rather than negotiation, was the only solution. It is highly likely that had the US arrived on the alien’s planet first, as was their intention, if they had had the technology to do so, they would have used the same imperialistic militarism that they have applied around the world in recent history.

As with massively underrated John Carter, lead actor Kitsch showed some fantastic slapstick comic timing at the beginning of the film, before entering into hero mode. As for Rihanna, in her first major acting role, which people must be wondering about, she is playing a similar role to Michelle Rodriguez in Avatar, except she was given minimal dialogue made up of the occasional short sentence. She acquitted herself well, but was given very little to actually test or display any range in her acting skills, if such a thing exists. 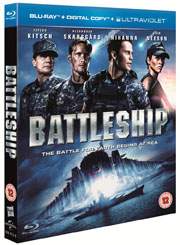 If you like shallow, loud, jingoistic, SFX-laden action spectaculars in the Michael Bay style, then this will probably not disappoint. Let’s face it, it’s not even trying to be anything else, although there are some nods to Battlestar Galactica, although they may not be intentional.

If you are one of those people still enamoured by special features then you will have to get the Blu-ray because the DVD is quite vanilla.

Battleship is out now on DVD, Blu-ray and digital download.