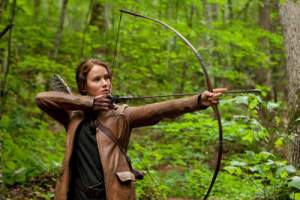 Teen fiction has proved to be a massive cash cow for the Hollywood studios, with Harry Potter being the biggest of them all, especially as it covered seven books that allowed the children to grow up with the characters. The much-maligned (and deservedly so) Twilight series, also proved a big hit with the fans, although many of its detractors were the very teens it was aimed at, and its biggest fans were, reportedly, middle-aged women, who have since moved on to fifty shades of clit-lit. Teens can be a fickle audience, and what was cool one year, can be decidedly uncool the next, making it even more of a gamble for studios picking up the rights to the latest youth craze. With Twilight, the main complaints were about the abuse of the vampire mythology, especially amongst those brought up on a healthy diet of Buffy. And any objections to Harry Potter were usually to do with what was left out of the films, compared to the books. 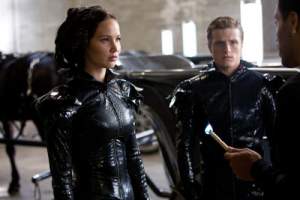 The latest series of books to storm the teen market (always good to know that they are still reading) comes from Suzanne Collins, who has created a futuristic (although not necessarily post apocalyptic) story that resembles a junior version of Running Man (which could explain Stephen King's endorsement). Quick synopsis for anyone hasn't read the book(s) or seen the movie in the cinema: North America has collapsed and from its ruins has risen a new autocratic government led by President Snow (played by Donald Sutherland). As punishment (disguised as an honour) for an earlier insurrection, an annual event, known as the Hunger Games, has been established. Every year, two teenagers (Tributes) from each of the twelve districts are submitted to compete to the death in a televised survival programme that is a cross between I'm A Celebrity and Battle Royale. The teens either volunteer, or are chosen by lottery. Some of the districts have highly-trained professionals known as Career Tributes, but most rely on lottery-selected Tributes, or on rare occasions, volunteers. When Katniss Everdeen's little sister is picked to represent District 12, Katniss (Jennifer Lawrence) volunteers to go in her place, accompanied by the baker's son Peeta Mellark (Josh Hutcherson). They had off to the decadent Capitol, under the mentorship of drunkard Haymitch (Woody Harrelson), Effie (Elizabeth Banks) and Cinna (Lenny Kravitz). After a few days of courted ceremony and training the 24 youths are cast into the "arena", a large wooded area, and left to fight it out in battle of the survival of the fittest, all broadcast with the same fanaticism and voyeurism as Big Brother, only with more bloodshed. 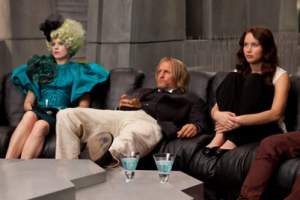 It wasn't until after seeing the film in the cinema did I approach the book (as an audiobook) and memory of the film's visuals certainly helped bring it to life, although I did find the voice of the first-person narrative a little unbelievable. Watching it again on the new DVD/Blu-ray release, where we see everything from a third person perspective, was certainly more enjoyable. While it lacked any of the surprises of the original viewing, the characters still felt like stereotypes than an archetypes.

Of course, I am not the target audience, so my criticisms will mostly fall on deaf ears, but it is still an entertaining piece of dystopian sci-fi that will help foster a taste for the genre amongst a younger audience, which can only be a good thing. 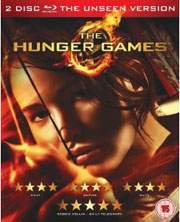 For anyone interested in the filmmaking process, the both home-release formats have a really solid set of special features that come on a separate disc, which includes a feature-length making of doc that traces the film from development of the screenplay, through pre-production, shooting, post-production to marketing and screenings. This is far superior to the usual fluff released by studios, even with its surplus of talking heads and the inevitable platitudes that Hollywood industry types can't avoid. Again, this isn't aimed at hardcore cineastes but the film's target audience, and yet the making-of and all the other featurettes are interesting and informative even for jaded old cynics like this writer.

Hunger Games is out now on DVD and Blu-ray from Lionsgate.