Every year around awards season there are complaints about sci-fi never winning any of the big prizes, despite the fact that sci-fi and fantasy films are the industry's biggest earners. OK, they win most of the technical awards, but, as we know, the best sci-fi is about the ingenuity of the story, not the number of VFX shots. However, this year it was a sci-fi film that won Best Picture at the Oscars, but cleverly disguised as the real-life drama of a CIA rescue. All right, that may be overstating the facts but, at its core, Ben Affleck's Argo is as much about Hollywood and society's views of science fiction as it was a CIA propaganda film, like its fellow nominee, Zero Dark Thirty, except the latter had to use torture and guns to achieve its (questionable) result. It's no surprise that, given its skillset, Hollywood,throughout its history, has been part of the government's propaganda machine, and the CIA has seconded its talent pool. Wag the Dog portrayed this with satirical brilliance. 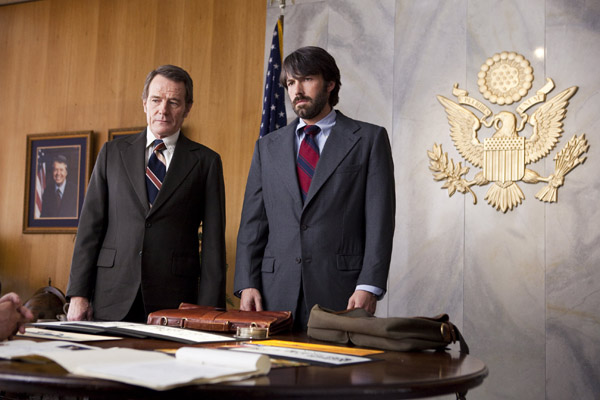 While the establishment may have been more supportive of Argo than Zero Dark Thirty, it is more likely for its nostalgia for those simpler times when a single man with a wild idea could be more heroic than analysts with all the latest spy tech, who still had to resort to torture (possibly one of the only factual parts of ZDT) to get the required results. However, Argo is more subversive than it may appear. From its opening credits, it outlines the political situation that led to the hostage scenario, being the result of interference by Big Oil in the region (plus ça change). It also has a good dig at Hollywood excess, which was in its post Star Wars heyday of the 80s. 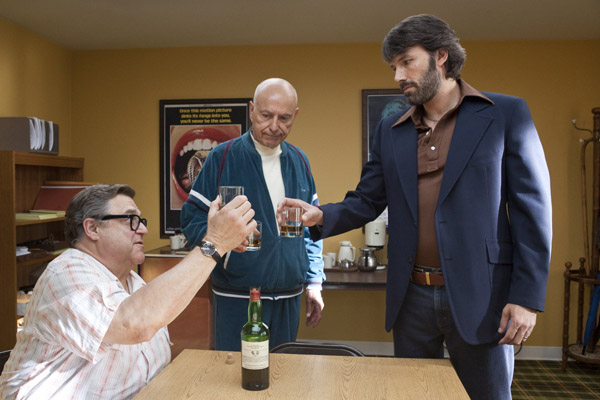 Some of the story may have been enhanced for dramatic effect (there is a documentary on the disc that recounts the actual story, by those involved), such as the final escape, but Affleck and his crew did an amazing job of recreating the era, even down to shooting some of the initial raid on the US Embassy in Super-8 film. The Blu-ray includes featurettes on how the film put together, but doesn't reveal bits of trivia like that, although there are plenty of shots of Affleck with a Super-8 camera. However, there isn't a great deal about the pretend movie, which was an actual script that was in turnaround. It does mention John Chambers (played by John Goodman), who won an Oscar for his Planet of the Apes make-up, who had a major part in the escape plan, but there is no mention of the fact that Marvel art supremo Jack Kirby did the storyboards that were used on the original mission. Strange, considering how many times Affleck has played a comicbook artist, as well as a Marvel hero, although such trivia might not be of interest to the general audience of the film. 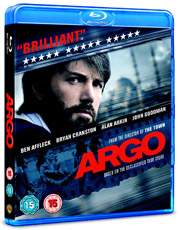 This may be an overthought coincidence but the pretend movie did bear an uncanny resemblance to John Carter (but then lots of sci-fi movies do) and there was another J Carter in the Whitehouse at the time.

All geekiness aside, this is a great thriller made all the better for the fact that pretending to make a sci-fi movie was the only believable and viable option the CIA had, apart from the usual strong-arm approach, which they couldn't use at the time because of endangering the other hostages.

Argo is out now on DVD and Blu-ray (inc Ultraviolet), and digital download.