Irish filmmaker Paul Cotrulia, has announced production of INFINITE, an epic new live-action science fiction series that follows the adventures of Colonel McQuaid and his crew as they journey through a black hole and into another universe.

The series will start to air on YouTube from spring 2014 but a behind-the-scenes blog is launching in autumn this year which will feature more of the concept art you can see below along with production video blog, interviews with cast and crew and a host of other goodies so fans can keep up to date with the production as it happens. 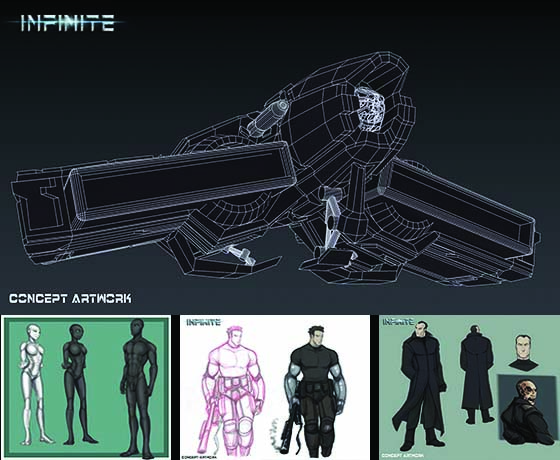 Event Films Limited, the production company behind INFINITE, are aiming to produce 10 hours of original episodes over the next twelve months - no mean feat by any standards - and casting is underway now with the filmmakers looking to cast some high profile TV stars, and alumni from well known science-fiction TV series.

INFINITE is scheduled to begin shooting in London this September, and the first teaser trailer (below) is live on YouTube now at http://www.youtube.com/infinitewebseries where you can subscribe to be kept updated.