In the 1970s, Australian cinema went through something of a renaissance, which is assuming that there was film industry there to be reborn. That might be a little harsh, but with a lot of government funding and support, at a federal and state level, Australian films were suddenly being noticed, and accepted at an international level. In fact, much of the fresh talent from that era went on to become some of the world's most respected filmmakers: Peter Weir, Fred Schepisi, Bruce Beresford and Gillian Armstrong, as well as a handsome young actor by the name of Mel Gibson. Amongst all the quality films of that era were a lot of films that earned the title of Ozploitation, a sort of Aussie grindhouse cinema, made up of films filled with sex and violence, and other horrors. Somewhere in the middle of all that was a futuristic, dystopian road movie by the name of Mad Max. 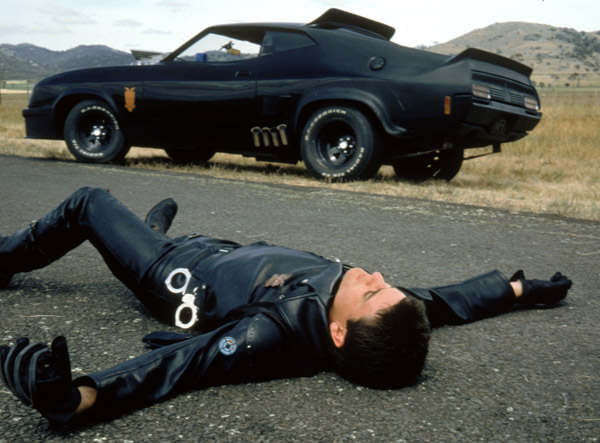 Part of the reason for the initial success of the film (it went on to make over $100m worldwide from a A$400K budget) was the fact that Australia had just come out of an oil crisis, a mixture of strikes and threat of the world's oil running out, made the whole premise totally plausible. Add the fact that Australians have a similar love of muscle cars that the Americans do, and this was the first local widescreen action movie. The film also set the style for post-apocalyptic, dystopian film for years to come, a style that was as much dictated by the film's budget as anything else. 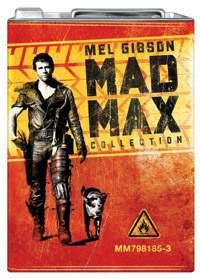 Mad Max 2, was made on the back of the massive success of the first film. In certain regards it is a remake, with a slightly different storyline that also reveals more of the back-story. Basically the success of Mad Max gave director George Miller the budget to make a bigger movie, with the third instalment having an even larger budget. To a certain extent, the rawness of the original's low-budget filmmaking still makes it stand out from both the sequels.

What is more impressive is the fact that they have stood the test of time, and because they are free of CGI they have transferred well to Blu-ray. Unfortunately, there is almost nothing in the way of special features that a Blu-ray release deserves, and an "oil can" cover does not really count no matter how good it looks.

Mad Max Collection is out now on Blu-ray.