Hey, it's Guillermo del Toro directing giant robots and monsters slugging it out. Who wouldn't want to see that?
When the fanboys (and girls) first heard that Guillermo del Toro was making a movie about alien monsters and giant robots slugging it out to see who gets to inhabit earth, there was a lot of excitement, even though it was hardly a new idea. The Japanese have been making these films for decades, with mutant sea monsters (Kaiju) and giant robots (Mecha) in both live action and anime formats. Hollywood has also had its attempts at (re)making films of the genre with Godzilla, Cloverfield and Michael Bay's Transformer franchise. However, when del Toro's name was attached to a film, the fans were anticipating something with a bit more substance. 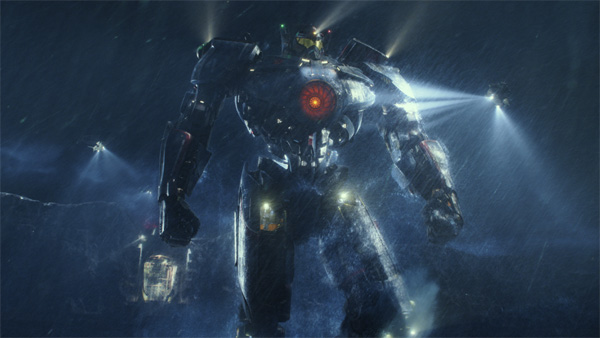 OK, Pacific Rim doesn't have the subtle nuances or artistry of Pan's Labyrinth, but it is a robot versus monsters movie, after all. What it does have is del Toro's attention to detail, especially in the creation of the universe in which it takes place. What so many of today's sci-fi films lack is the science. Most of them rely on military might to overcome any and all situations, which must be something of a comment on our current state of affairs in itself. However, science fiction films used to be about science overcoming the adversaries, and while there is an obvious militaristic aspect to the Pacific Rim story, the scientists are as much the heroes as the soldiers are, if not more so. Throughout the film it is brain that overcomes brawn, even for those that operate the Jaegars. To operate the massive robots the pilots have to enter something called The Drift, a state of thoughtless awareness and collective consciousness, such as that talked about in the ancient yoga sutras, by shamans, and by martial artists such as the Shaolin monks. While The Drift is a vital part of the story, it doesn't get a great deal of time dedicated to it. The same goes for the science part, where the scientists, despite being heroic, are treated more as comic relief, and the fighters get all the heavy emotional scenes and back stories. 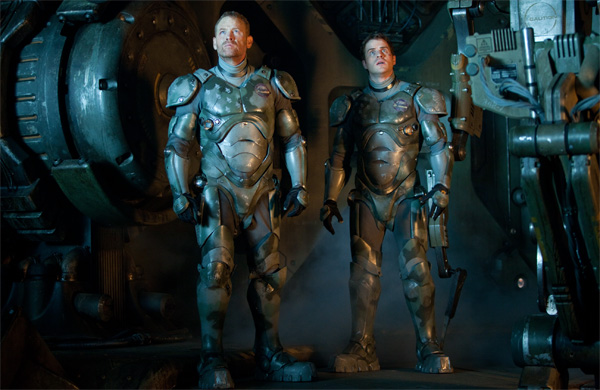 The important thing is that all those nuances are there, because there is a lot robot/monster action filling up most of the screen time, and let's face it, who isn't becoming bored with watching CGI cities being smashed into particles? The wow factor has definitely gone. We know it is CGI, which means that the awe of the possibility that the buildings etc were actually being destroyed has gone. When you know how a magic trick is done, it's no longer magic.

There are also a few moments, particularly towards the end the film, when you are forced to question the plausibility of some of the science, or at least its logic within the rules of the invented universe, but they are brief and never really undermine the story. Having said all that, it is still a massively entertaining film, maybe not in the same league as The Avengers, but certainly leaps and bounds ahead of Man of Steel. And, hey, it's Guillermo del Toro directing giant robots and monsters slugging it out. Who wouldn't want to see that? 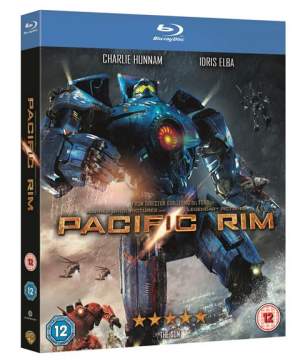 Even if you weren't a huge fan of the film when it was in the cinema, anyone interested in filmmaking should buy the Blu-ray for the extras, which are worth the price alone. Forget the filler fluff of actors not being able to remember two lines of dialogue, it is Del Toro giving the equivalent of a masterclass – at a fraction of the cost of attending film school or any of those overpriced screenwriting "gurus" workshops – that makes it worth watching. The subtleties the director reveals can as easily be applied to low-budget films as they are to blockbusters like Pacific Rim. In fact, watch the special features, and there are plenty of them, before seeing the film (especially if you already saw it at the cinema) and it will give you a whole new appreciation for the film.

Pacific Rim is out now on DVD and Blu-ray. You can win a copy of the film on Blu-ray or DVD here.