To celebrate the release of J. K. Rowling’s Fantastic Beasts and Where to Find Them on DVD and Blu-ray on Monday, we caught up with director David Yates.

David has worked across the Harry Potter franchise, directing on the last four films, from Order of the Phoenix to The Deathly Hallows: Part 2. We spoke to him about how Fantastic Beasts differed from working on Harry Potter, what it’s like working with J. K. Rowling, and what his favourite Beast is…

After making four Harry Potter films, how did it feel for you to step back into J.K. Rowling’s Wizarding World on Fantastic Beasts and Where to Find Them?

David Yates:  It was like coming home, to be stepping back into a place where I’d spent so many years – six years, in fact, in total.  There was something wonderfully fresh, interesting and relevant about the characters and the storytelling, in J.K. [Rowling]’s script – and its time and place resonated with what we seem to be experiencing in our own world now.

I brought back the best of the people I’d worked with in the past, like Stuart Craig, who designed all of the Harry Potter films; and Mark Day, who’s been my editor for 15 years. 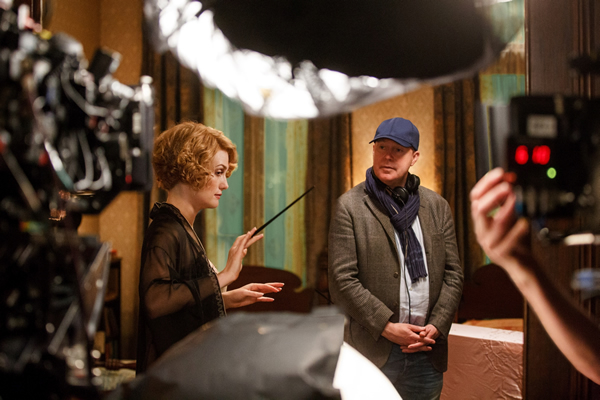 This film marks J.K. Rowling’s screenwriting debut, and I’m wondering if there was character or a theme that resonated with you personally when you read it for the first time?

David Yates:  I loved Newt Scamander.  I identified with his social awkwardness.  As a kid growing up in the north of England, I was shy and had a really difficult time basically figuring out where I was in the world, and I turned to filmmaking, storytelling and music as a way to express myself.  Newt Scamander is entirely focused on protecting and nurturing wild, magical animals, so Newt, to me, was a kindred spirit.

And I loved Jacob Kowalski. He’s an everyman; he’s got a big heart; he’s open; he believes in the best of everybody; and what I love about Jacob is that he accepts people for who they really are.  And he’s one of us.  He’s a Muggle – or No-Maj in America – in the sense that he’s not a wizard, yet he drops into the wizarding world and accepts the joy of that world for all its differences and its idiosyncrasies.  There’s something really wonderful about that.  So, those are the two characters I related to most.

What do you think it is about the way that J.K. Rowling writes characters that speaks to us so directly?

David Yates:  Jo’s gift for character is immense.  She’s able to craft characters who feel, in many ways, part of us. They’re tolerant.  They’re outsiders in some ways, or they’re figuring out their place in the world.  They’re good people, but they’re struggling a little bit.

I think the reason lots of people love Jo’s characters is because they’re not perfect, because nobody’s perfect.  All her characters are a little bit flawed in some way. These are lovely, normal things, and she celebrates them.

Can you talk about what drew you to Eddie Redmayne for the role of Newt Scamander?

David Yates:  I started, very quickly, with Eddie Redmayne.  There were two or three actors we were thinking about for Newt, but Eddie kept coming back to one’s thoughts.  Eddie is a soulful actor.  He was a natural fit for Newt Scamander.  Then it was a bit like putting a band together [laughs].  Who can we put with Eddie who complements his wonderful sensibility and tonalities?  And we got very lucky.

So, Eddie was really the center of our little Fantastic Beasts universe [laughs], and he led us to Katherine, Alison and Dan. 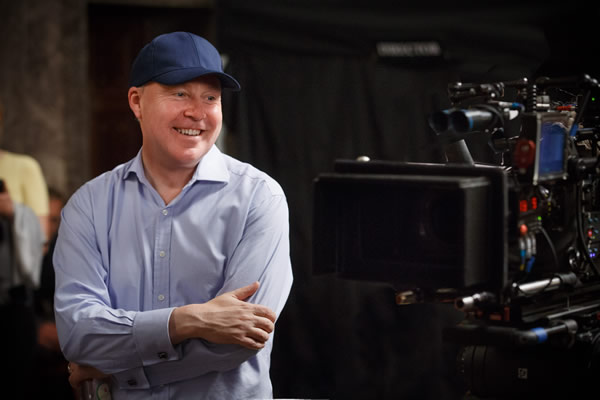 With this film, a new era of the wizarding world is being brought to life for the first time on the big screen, not adapting a pre-existing book.  Did that change your approach at all as a director, in terms of seeing the world in a new way or having more freedom to create?

David Yates:  What was very exciting was being able to develop the screenplay directly with Jo Rowling.  With the Potter movies, we always had the book as the source material – and it was an amazing resource.  But developing a screenplay for a movie based on a book means that, inevitably, you’re editing and shaping, refining and distilling, and, over the course of this process, you let lots of things go that you loved in the book but which wouldn’t fit in the timeframe of a movie.

With Fantastic Beasts, you go through the process of developing the material, but Jo Rowling is writing the movie.  You’re right at the source, so everything that gets put into the movie you’re fashioning directly with its amazing creator, and the material just flows out of her.  That is a very exciting process.

When we spoke with members of the cast, they described the set as a truly collaborative environment and were thrilled to find that J.K. Rowling was open to their input on their characters.  What are your thoughts on that?

David Yates:  You know what?  I think it’s the true mark of confidence in the work.  You always instinctively know what you want and where you want to take things, but to then to be open to the best of what people can bring – even if you don’t always accept what they’re offering – is, I think, a very important part of the creative process.

Jo’s very much like that.  She trusts me and encourages me. And, likewise, I share that way of working with many of the people I work with.  I’ve hired them because I think they’re very special and clever, so it’s about bringing out the best that they have to offer.

Another big part of the film are the Fantastic Beasts themselves.  What was the process like for you to first shape their looks and personalities with the design and visual effects team, and then to direct these amazing creatures alongside the actors?

David Yates:  We start with concepts, first of all.  We had hundreds and hundreds of concepts for different kinds of beasts, and, over a process of weeks and months, we whittled those down to work out the most dynamic shortlist we could find.

In terms of skin textures and tones, we would often go to the natural world as an inspiration, frankly.  You find lots of fantastic things in the natural world; it’s full of wonders, and beautiful and amazing animals.  Then, to develop the creatures further, I worked with [visual effects supervisors] Tim Burke – my VFX partner for many years – and a wonderful new colleague called Christian Manz.  And then, our lovely lead animator, Pablo Grillo, brought the Niffler and the Erumpent to life.

Do you have a favorite Beast?

David Yates:  You know what?  I love the Demiguise because he’s so sweet… and charming.  And the Niffler, because he’s quite cheeky. 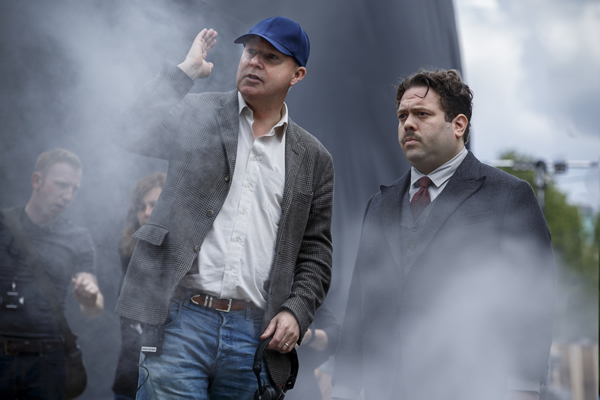 What do you hope audiences take away from when they experience Fantastic Beasts and Where to Find Them?

David Yates:  I hope the movie entertains, and moves you, but I also hope it makes you think. We wanted to make a movie that was generous and emotional, and that extended Jo’s world in a way that was properly satisfying – that didn’t feel like a retread of something people have seen before – and I think we’ve done that.  I do feel it’s a fresh, vibrant extension of her world in a way that feels meaningful and relevant. 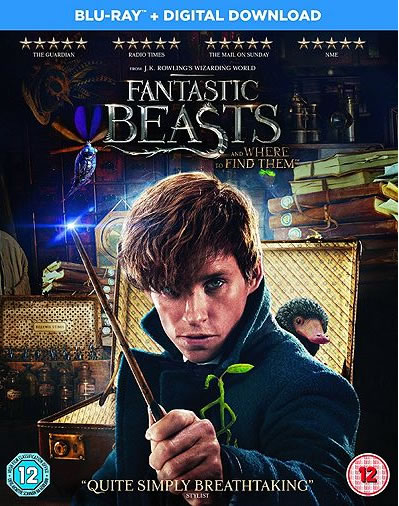 FANTASTIC BEASTS AND WHERE TO FIND THEM IS OUT NOW ON DIGITAL DOWNLOAD AND ON 4K ULTRA HD, 3D, BLU-RAY AND DVD 27TH MARCH