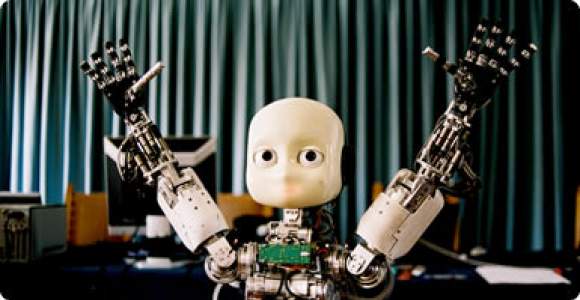 This documentary opens with an old German man struggling to get Microsoft Windows to work on his laptop. It turns out he is Joseph Weizenbaum, a genius and pioneer of computer programming and artificial intelligence.

Then we meet Ray Kurzweil who designed the first OCR system and is a renowned futurist and advocate for AI and robotics.

The film also introduces us to other pioneers and contemporary leaders in the fields of Artificial Intelligence, robotics and cybernetics, from MIT, Italy, Germany and Japan, as they present their latest developments.

They also put forward their arguments for, and against, the use of robots, with Weizenbaum being the strongest and most reasonable voice, and Kurzweil’s the most intriguing.

If you have been watching Caprica, this is like a historical documentary of the early development of Cylons (and we know how that turns out).

Anyone interested in the future possibilities of science and humanity should see this film.