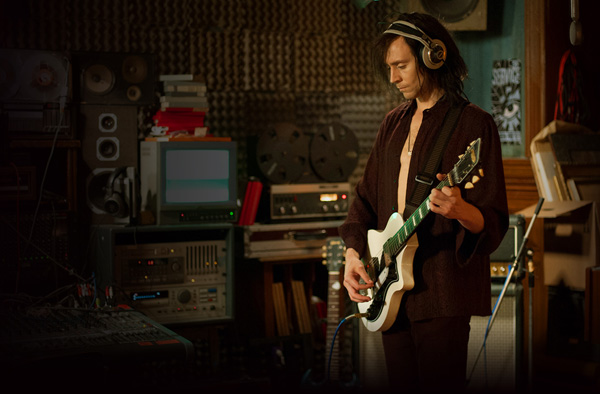 Vampire movies lost a lot of their cred when the Twilight series sucked huge numbers of teenagers into its world of glittering day walkers, instantly undermining all of Joss Whedon's hard work.

Thankfully, the too-cool-for-school filmmaker Jim Jarmusch has resurrected the genre for discerning adult audiences in his latest, and possibly best, perfectly-cast movie Only Lovers Left Alive.

Adam, played by Tom Hiddleston, is an underground musician in decaying Detroit, with a taste for beautiful classic guitars and analogue recording. His life partner Eve (Tilda Swinton) lives in Tangiers with her books.

Adam is depressed by the state of humanity and the world and wants to end his eternal life, but Eve won't let him. The film is filled with insightful, and humorous, observations of modern society from the points of view of people who have been around for most of human civilisation.

It is also a love story and has a cracking soundtrack written and performed by Jozef Van Wissem, along with the Jarmusch and his band SQÜRL. 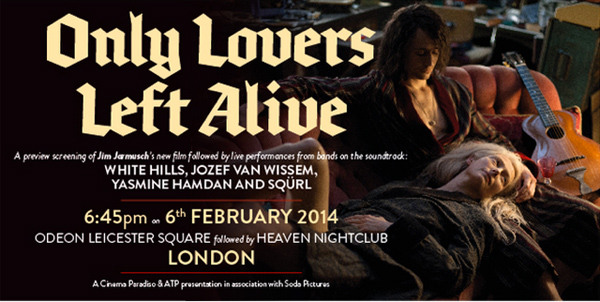 ATP and Cinema Paradiso are holding a must-attend special preview screening of the film at ODEON Leicester Square on February 6th at 6:45 for a 7:15pm start. It will be followed by a live show at Heaven, where musicians from the soundtrack - including White Hills, Jozef Van Wissem, Yasmine Hamdan and Jim Jarmusch's band SQÜRL - will play live.

This is the first time SQÜRL have performed in the UK. If your musical taste is eclectic with leanings towards new psychedelic and kraut rock, this should not be missed.

Tickets for the screening and gig are £26.50 + bf, and are on sale now HERE. Dress code is sunglasses and leather gloves.

ATP Recordings will be releasing the original soundtrack from the film on 17 February on Double 180gsm 12" Red Vinyl (along with a download code), Compact Disc and Digital Download.

The album features music from SQÜRL, Jozef Van Wissem and Yasmine Hamdan, plus guest appearances by Zola Jesus and Madeline Follin from Cults. It is available for pre-order from the ATP website..