This reboot has been long awaited by many fans of the original RoboCop series. For those who have seen the original, it is hard to not compare the two. Although not having the same authentic feel, this 2014 edition makes use of immense visual effects to compensate. 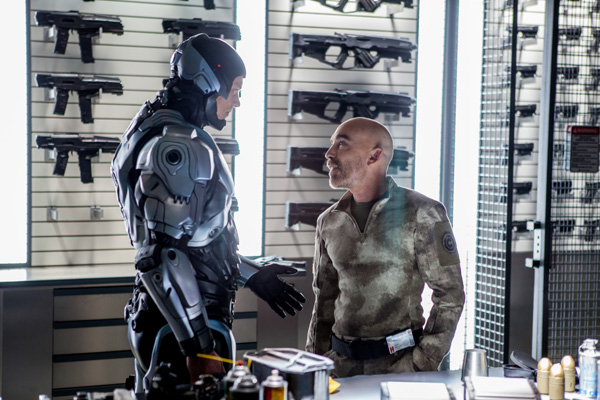 The action scenes are probably the most credible of all elements, resembling modern-day RPG games with the audience sharing Robocop's vision, with the thermo sensors and locking of targets. This point of view is a new cinematic experience, differing from what is usually expected of action movies, with the familiarity of such settings limited to gameplay.

RoboCop's new black suit is also a visual addition that enhances the fun, as is his new ride; a blazing motorbike - reminiscent of Batman's in The Dark Knight (2008), which replaces the old police car of the original. This RoboCop drives around with style whilst combatting crime.

The choreographed are scenes are slick and sleek, leaving audiences feeling badass, with some classic walking-away-from-explosion scenes. 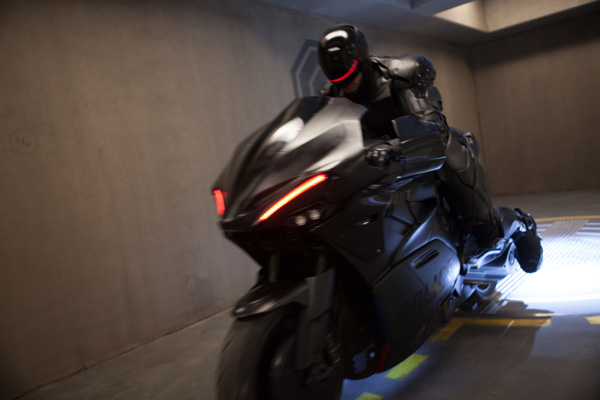 The locations of various fight sequences are simply breathtaking with the fluid camera movements guiding us through the vast space - all the more spectacular on the IMAX screen – with the details and the enemies, warping us into this futuristic, technologically advanced world.

Sadly, the plot is not quite as strong as one would hope - especially in comparison to the original. Unlike the horrific murder of Murphy that sparks his voyage of revenge in the original 18-rated version, this reboot is vastly toned down for its 12A rating, with no mangling of corpses and blood-curdling violent scenes. Instead, this reimagining takes a more mysterious, case-solving approach.

The concept is an interesting one, with the human versus robots debate along with the themes of corruption and betrayal, but the motives for revenge failed to strike me as effectively as I hoped. 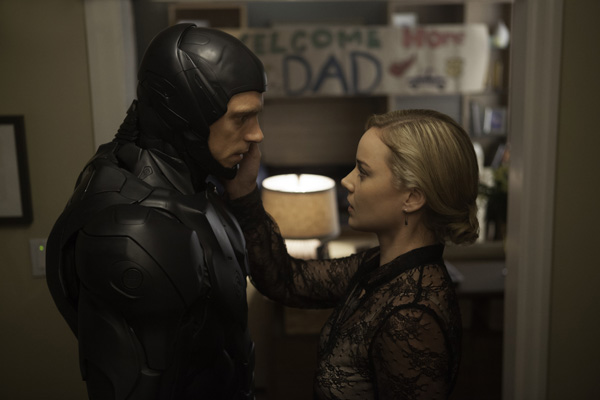 There was a greater focus on family and emotional attachments in the film but with a slightly under developed focus. Personally, I felt the character relations could have been pushed further, which would have aided the relentless motive of revenge.

The screenplay's humour brings a respite to the action, sending ripples of laughter through the cinema. Patrick Novak (Samuel L. Jackson), host of 'The Novak Element' show, adds a delightful touch of fun to the film with his satirical, comedic lines.

The cast perform well with Joel Kinnaman and Gary Oldman leading, but the villains – Raymond Sellars (Michael Keaton) and Liz Kline (Jennifer Ehle) – lack any sense of the cunning evil that was present in the original, and even in general, probably more due to the 12A rating rather than their acting. 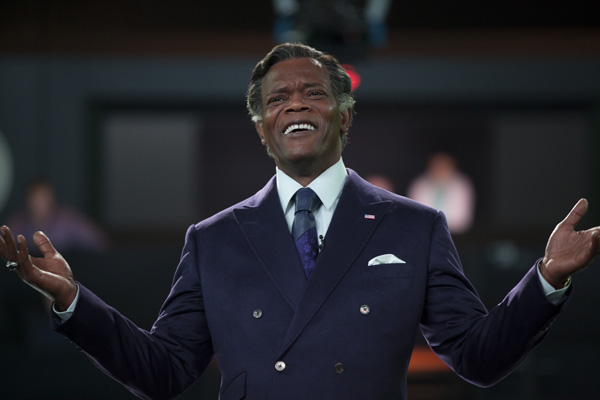 Overall, original fans of the series may find this slightly disappointing in comparison, but it is still worth a watch with the new stunning visual effects and different approach to the film. See it as another typical Hollywood action movie and you'll enjoy it.

However, if you're expecting a striking reboot of the original then this will, sadly, probably fail to meet your expectations.

Robocop is in cinemas now.