I'll have to admit, I'm in a bit of a quandary with this film. For a start, it's a monster movie, or rather, it's a retake of THE monster movie. Everyone knows who Godzilla is, or if they didn't, the blanket advertising has certainly made sure they do now, so one knows what to expect. In terms of the genre, it is definitely up there in execution with Del Toro's Pacific Rim, and it stomps all over Roland Emmerich's 1998 version.

The first few times of seeing skyscrapers being toppled in movies was pretty spectacular, but after a while you start to think, "Yeah, yeah. Get on with the story."

To be fair, this version of Godzilla does have a story, and, like the original, does carry an ecological message about the power of nature to correct itself beyond man's influence, as well as highlighting the dangers of nuclear energy/weapons. It also has a human element to it, with a cross-generation tale of family that has been involved with the gestation of the monster(s). Unfortunately, the human element is mostly secondary to the monster action, which, let's face it, most people want to see.

This film is almost the inverse of director Gareth Edwards' previous movie, which got a fair bit of criticism in some circles because it had too much human story and not enough monster action, especially, according to the detractors, given the film's title. 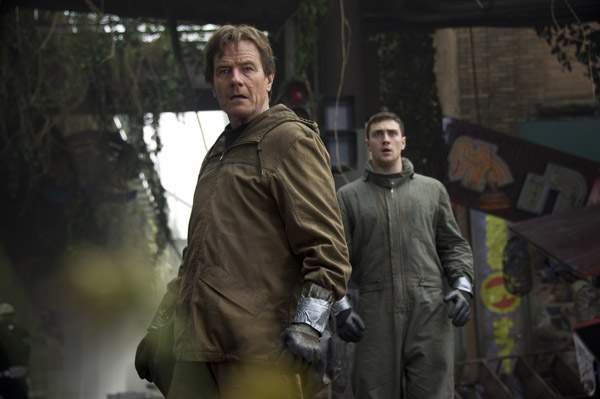 For my money, Monsters was a better movie, because it not only had much more believable, rounded characters, but also because it didn't show lots of monsters, but inferred their presence. It also showcased what an exceptionally talented filmmaker Gareth is, which is why he got the Godzilla gig in the first place.

While there is no doubt this is the Godzilla story Gareth wanted to tell and make, it is Hollywood industrial-size filmmaking and suffers a bit for it. However, that is merely my (slightly jaded) opinion, which doesn't make me the ideal target audience. I'm sure the film will be a huge success, and Gareth was definitely the right choice to bring it to the screen.

I couldn't be more pleased for his success, because, above all, it shows that talent can shine in, and despite, the Hollywood machine, and I look forward to seeing what he does next. He is like a geekier, less cerebral, Christopher Nolan.

In the mean time, if giant monsters fighting and smashing up cities is your thing, you won't do better than this.