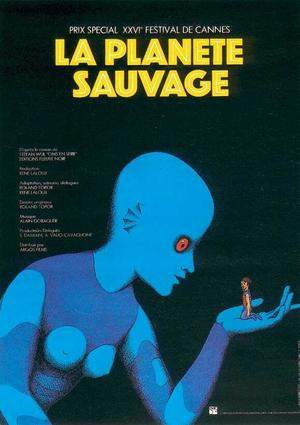 With a plethora of festivals around the world being held in some of the world's most desirable locations it seems like a perfect match, combining a holiday with a love of film, especially if you prefer the great indoors to lying on the beach.

Jersey is a popular Channel Island destination and its Branchage Festival has been growing in stature year on year, particularly with its mixture of film and music. This year's festival, which runs from 24 - 28 September, features guest curation from Radiophonic Workshop - of Doctor Who theme fame.

Not only will they be performing live a specially commissioned composition to accompany a spectacular projection onto St Aubin's Fort at the festival's closing event, but also the Workshop's founding member Dick Mills, along with Stealing Sheep, will be performing a live score to Renee Laloux's classic sci-fi animation La Planete Sauvage.

Other films of interest showing include the documentary Wonder Women! The Untold Story of American Superheroines; the 1922 Swedish film Haxan (with live score from Semu Ca); Jonathan Glazer's Under the Skin; and Peter Strickland's Berberian Sound Studio, which will include a Q&A with Radiophonic Workshop talking about the art of foley.

For full details of the programme, tickets and package deals visit www.branchagefestival.com