Six to check out at LFF

One of the joys of a large festival like LFF is how the heavy-hitters - the films starring Brad Pitt or Benedict Cumberbatch - coexist with smaller fare.

Fury,The Imitation Game and the like already have their wide releases set but for some films the festival might be their only theatrical showing in this country. Sorting through the over-200 films on offer can be daunting, so in the spirit of discovery here are some off-the-beaten-path picks, three already screened and three to look forward to. 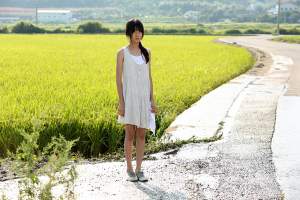 A Girl at My Door

Doona Bae (Cloud Atlas) gives a powerfully stoic performance in this Korean drama about a police chief who’s been demoted to a small, secretly corrupt, town.

As stock as the premise sounds this, the first film from writer-director July Jung, takes some surprising turns to explore sensitive issues in interesting ways. It’s difficult to watch at times, but ultimately rewarding.

The Duke of Burgundy

It’s as bizarre as it sounds, especially as the relationship between their two obsessions is left for the audience to imagine, but it works because of Strickland’s eye for striking images and the strong performances he draws from Sidse Babett Knudsen and Chiara D'Anna.

Above all the characters are interesting and real, something that is often lost with genre deconstructions. 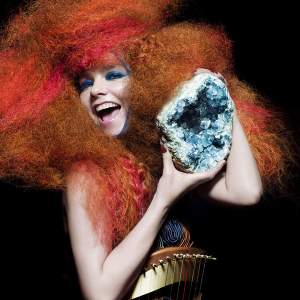 Björk’s latest project was more of a multimedia experience than an album. Released as a series of apps, it was also partly made on an iPad and as the title suggests expresses a deep love of life and nature.

The concert film version was obviously going to be limited by comparison but with the help of nature footage, Richard Attenborough’s voice, conceptual artists and directors Peter Strickland (him again) and Nick Fenton it’s a lot of fun.

It won’t exactly convert non-fans but watching Björk on stage and hearing the “Thank you!” after each round of applause it’s clear how much she enjoys music, life and performing.

Another Toronto-stirrer, It Follows is one of several films in the ‘Cult’ strand that promises a new twist on familiar horror tropes.

It looks to be a rough cross between The Ring and Charles Burns’ graphic novel Black Hole (a great book which has been in development for a while as a film) following a group of teenagers dealing with a sexually transmitted curse. 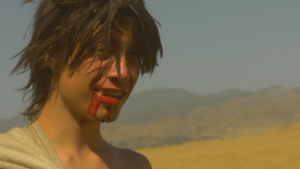 Every year there are some films made for such super-low budgets, almost impossibly low, that it becomes part of the selling point.

How did they make this film, a sci-fi-war-drama-revenge-romance, for a reported $7,000? 1936, and Italy is invading Ethiopia (then called Abyssinia).

Beti goes to live with her uncle in a cabin in the middle of nowhere and Amare is the otherworldly presence who protects her. 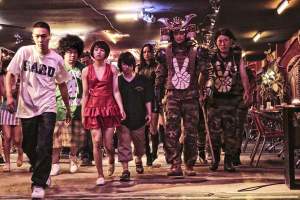 Hip-hop gangster musical set in a future Tokyo? Why not?

Shion Sono is an expert at bringing an interesting take to trashy exploitation premises (his 2011 film Guilty of Romance, about a bored middle-class housewife who becomes a prostitute, is worth a look) and this, a violent futuristic gang war told through rap, looks to continue the trend.

BFI London Film Festival runs from October 8 - 19 at cinemas in Leicester Square and across London.