With the Earth dying, pilot Cooper (Matthew McConaghey) leaves his family and farm behind, travelling with a team of scientists (Anne Hathaway, David Gyasi, Wes Bently) through a wormhole of unknown origin to search for new inhabitable planets. 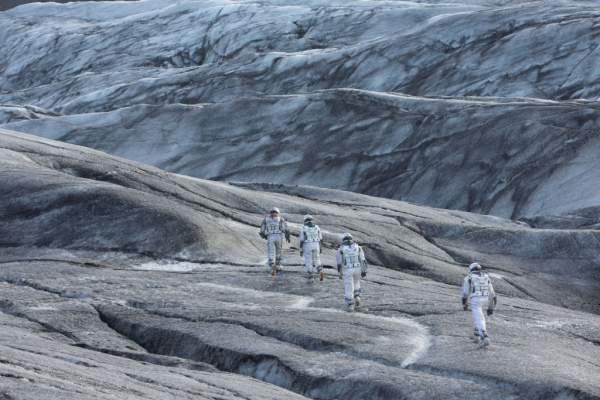 With 2001: A Space Odyssey, Stanley Kubrick and Arthur C. Clarke came up against the fundamental limitations of language when faced with the cosmic infinite. The dialogue in 2001 is minimal, mundane, but it's the imagery that is remembered.

Interstellar is just as ambitious in attempting to represent the unrepresentable but stumbles slightly in the execution, feeling the need to over-explain its ideas and mysteries in dialogue scenes that feel more novelistic than cinematic.

However, in its second half the jargon completely falls away and we're left stunned by the raw, visceral power of cinema to take us beyond the limits of our human comprehension. In this way it's a worthy successor to 2001 and a bold new direction for Christopher Nolan. 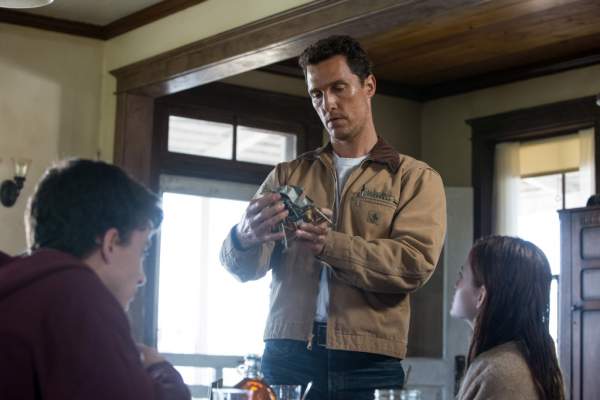 There's a strong, father-daughter relationship at the core of the story, obviously very personal to Nolan, and this gives an emotional anchor for the adventure survival story. It's hard to invest in an abstract goal, such as furthering humanity, but when this is set against the survival of Cooper’s family it becomes relatable and universal.

This relationship, and the strong performances from McConaughey and Jessica Chastain, save the second act, which features a distracting piece of stunt casting and a related, poorly thought through plot development, from sinking the film. Ultimately, despite the rational outlook of many of the characters, love and family are the forces that can transcend time and space. 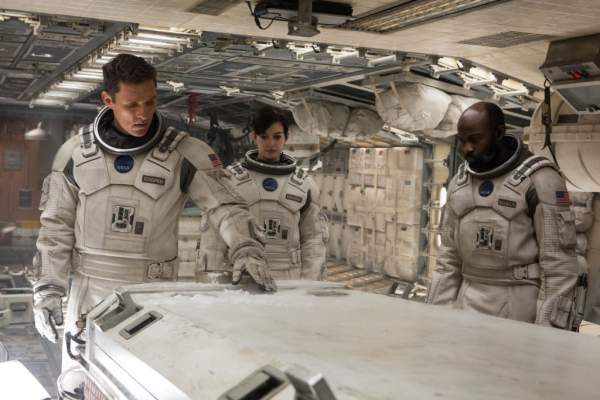 However, there are plenty of familiar speculative fiction concepts here as well - with Arthur C. Clarke’s ‘Childhood’s End’ coming to mind (soon to be a TV mini-series). Too many details would spoil the film but it's a credit to the script, by Chris Nolan and his brother Jonathan, that these ideas never swamp the characters.

What is missing in many films that try to tackle “big ideas” is that the audience only feels the importance of these concepts through how they affect the characters, just as a shot of a planet needs a human scale spacecraft to create a sense of awe.

This is something Nolan understands. He not only masterfully grounds the future in a recognisable past - literally on a plot level, with astronauts becoming adventurers and pioneers - but also in the iconography of the cornfield, of the NASA missions of the 20th century, and in his use of practical, traditional filmmaking. (The cornfield was grown for the film, the crew shot in Iceland, the classic technique of projected backgrounds were used in the spacecraft sets, Nolan is a big advocate of shooting on film, and so on.) When we are confronted with unfamiliar, spectacular sights, it's all the more powerful because of this context. 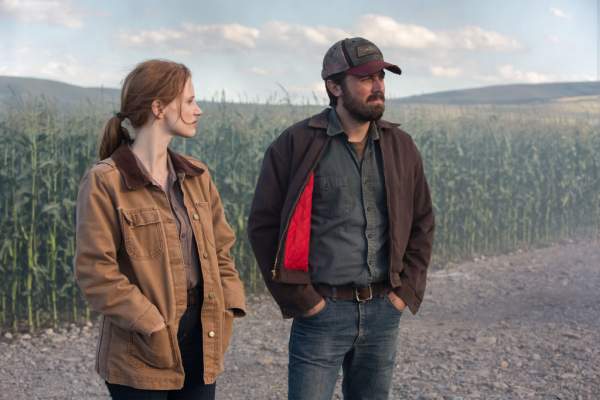 While his use of the IMAX format has steadily increased with every film, this is a departure for Nolan in working with a new director of photography. Hoyte van Hoytema (Let the Right One In) replaces Wally Pfister, and when his images are allowed to work (when there's not as much expository dialogue) they are absolutely stunning.

The early part of the film, set around Cooper’s farm, is shot naturalistically and has the grounding of an indie film; in turn, space, the planets and the wormhole are given the scale and sense of grandeur they deserve. Very wisely and accurately there's no sound in space - when we cut between inside and outside the spacecraft it reinforces the isolation and claustrophobia.

Hans Zimmer's score is interesting in that it attempts to get away from the sound he's famous for, with Inception and the Dark Knight trilogy, but it still becomes loud and overbearing at times. Like his Man of Steel score, it might gain from listening to separately from the film.

Interstellar, at almost three hours, never feels too long. It's a welcome return to a classic science-fiction cinema that successfully blends huge concepts with adventure, and spectacle with intimate character drama.

INTERSTELLAR is in cinemas and IMAX from November 7.