Anyone who came to this year's festival would have had a chance to play the Defiance game from our main sponsors. It is part of growing trend for what is commonly known as transmedia, which is where a story takes part over several different media. The Matrix did this brilliantly with games, animated shorts and comics that linked different aspects of The Matrix universe with linked back-stories and side-stories. TV series are already offering much bigger worlds and story arcs than most movie franchises, so does Defiance stand up to the test?

Even without the game, the series, from the creator of the much-loved Farscape, is wide-sweeping with its mixture of aliens and humans, as well as the crossing of the two most metaphorical genres, sci-fi and westerns. Admittedly, it is not Firefly, as it is Earth bound, although an Earth that has been transformed to serve the needs of the variety of what are essentially intergalactic refugees. 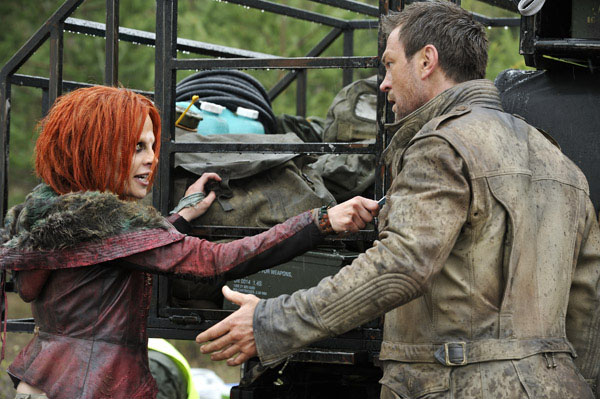 As the story is essentially set in a futuristic version of a frontier town, called Defiance, it has all those elements, with bars, bordellos, outlaws and of course lawmen. The series is principally about the town's new lawman Jeb Nolan (Grant Bowler) and his adopted alien daughter Irisa (Stephanie Leonidas), who discover lots of power struggles with the varying human and alien factions, as well as having to deal with different customs and views of what is justice. The two leads are supported by a great cast of familiar faces (although some are harder to recognise) from popular genre shows including Julie Benz, Jaime Murray and Mia Kirshner. 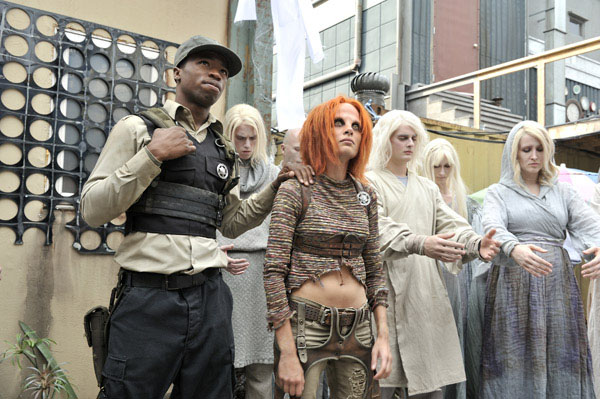 Unlike, say Falling Skies, this post-apocalyptic, alien-invasion series is not about constant battles for survival against an invading horde, and while there are violent skirmishes they are no more than you would see in any typical frontier-town western. It is more about everyone learning to get along, even if they always can't, and for that it makes a pleasant change.

For the pernickety amongst us there are aspects of this new world that will raise questions that are rarely answered in the series, but ones that have hopefully been considered by the creators and writers should they need to be addressed.

If you missed in on TV then it is definitely worth checking out, and it has a second season so you won't be left hanging like with so many cancelled shows.

Defiance Season 1 is out on DVD and Blu-ray from July 15.