Do you have the stamina for our notorious all nighters? This is the 9th year and you brave souls will be rewarded with complimentary Purbeck Ice-cream, energy drinks, tea and coffee and a packed goody bag. Scribble on the Letraset Mangawall, request some J-pop from the DJs and play a little Starcraft II, all in all it is a great night out – allnight!

(Japan 2009, 23mins) Preview of the new release of Full Metal Alchemist, great opportunity to see it on the big screen. Coming soon to Blu-ray and DVD.

(Japan 2009, 101 mins, Dir: Takeshi Koike) It is the biggest and most dangerous racing game of the universe and it’s only held once every 5 years. Over the top action and luscious colour, it is pure adrenaline from start to finish. Whenever you think it can’t get any louder or faster, it will prove you wrong.

MUSASHI: The Dream of the Last Samurai

(Japan 2009, 72mins, Dir: Mizuho Nishikubo) This is the “anime documentary of swordfighting tactician Musashi Miyamoto. Miyamoto is a legendary swordsman who pioneered the Hyōhō Niten Ichi-ryū style of two-sword fighting and wrote The Book of Five Rings, a book that has been compared to Sun Tzu’s The Art of War for its insight on tactics and strategy. Produced by Mamoru Oshii.

(Japan 2007, 92mins, Dir: Noriyuki Abe) The “King’s Seal” is stolen by a mysterious group during transport . Kuchiki Rukia and Abarai Renji swear to uncover the mastermind of the stolen seal. Meanwhile, a rogue Hitsugaya searches for the perpetrators and uncovers a dark secret regarding a long dead shinigami.

(Japan 2010, 107mins, Dir: Kenichi Takeshita) This is the adaptation of the 2nd route of the popular visual novel: Fate/Stay Night. In this route, Tohsaka Rin is the major female character. Revelations about Shirou and his destiny will be made. 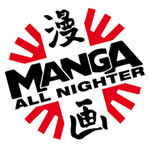