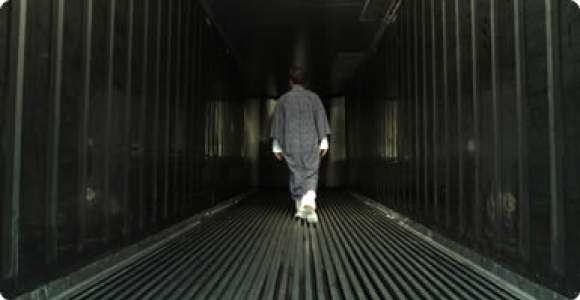 We are delighted to bring this sneak preview of another PKD adaptation to London.

Based on a 1976 semiautobiographical novel, published posthumously in 1985, it recounts Dick’s visions of Jesus and ancient Rome and a cosmic force called VALIS.

In this film the visions are experienced by Nick Brady, a successful record producer, whose life becomes guided by VALIS, as it instructs him to lead a subversive campaign against the US president, a neo-fascist who invents a terrorist organisation to introduce a police state (sound familiar?).

Phil, Nick’s friend and a science-fiction writer, recounts the story as Nick tries to find out about the secret Aramchek organisation while coping with his visions and being investigated by the government.

This indie pic, which features singer Alanis Morrisette, eschews the big-budget tricks of previous PKD adaptations to give it more realism, as well as tackling the big ideas of spirituality and political conspiracies; ones that are still as relevant today as they were 35 years ago.

Be the first to see this ahead of its world premiere and theatrical release.

NOTE: We were hoping to have the Director and Producer of the film on hand for a Q&A session but they may not be able to travel from the USA - we will keep you posted.