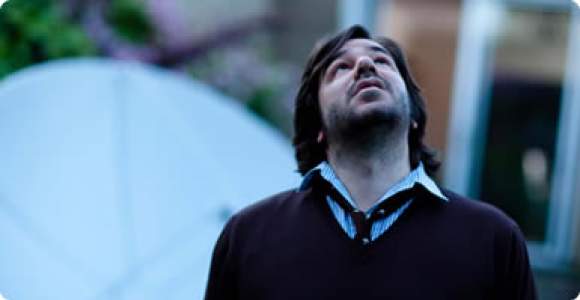 We love short films and think they are a wonderful format for science fiction themes. Each year we receive hundreds of excellent films and it is a difficult task to decide what to select for our shorts programme. A little like DJing, we want to get the mix right and take you on a fantastic journey – we feel we have it right this year with a remarkable range of styles and ideas from around the world.

(2008, Dir: Geza M. Toth, Hungary, 12mins) An animated tale of an encounter between two individuals. A playful story about the music inside us all.

(2009, Dir: Jeff Winograd, USA, 9mins) After trying an online dating service, woman meets man and is amazed at what follows.

(2009, Dir: Vincent Caldoni, USA, 6mins) Katrine is injured and lost in the woods. Help arrives from a man who seems to know more than he admits.

THE END OF EVOLUTION

(2009, Dir: Adam Besheer, UK, 7mins) After a failed suicide attempt, a man discovers that he is the subject of a cryptic experiment.